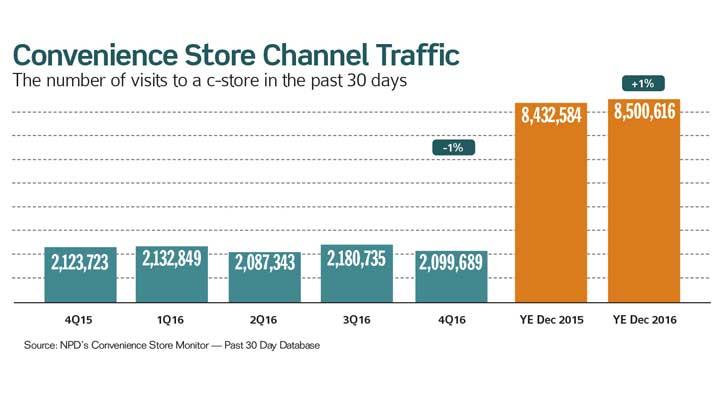 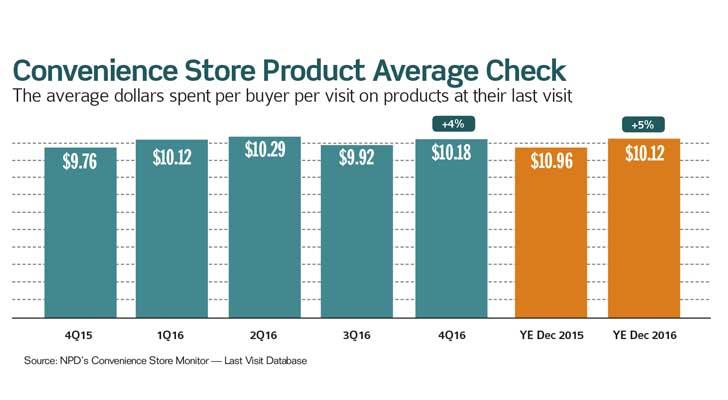 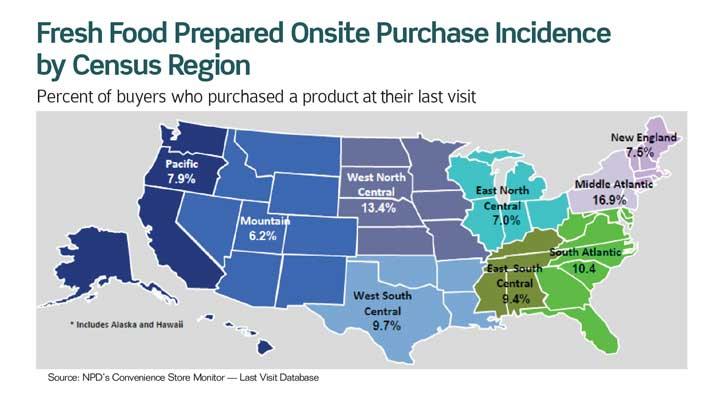 In 2016, the U.S. economy grew at the same slow and steady pace it has since the Great Recession, but consumers — who had been uncertain in prior years — began believing that “things” were getting better. Consumer confidence reached a nine-year high in December, and optimism was expected through early 2017. On top of this favorable news were still-favorable gas prices.

All of these factors, along with the consumer’s unending quest for convenience, contributed to 1-percent growth in conventional convenience store visits last year. Although the gain is modest, it is still growth in a challenging retail environment.

The average number of visits to a c-store within a 30-day period remained flat at 5.6 in 2016 compared to a year ago, according to NPD’s Convenience Store Monitor, which captures consumer feedback pertaining to their c-store purchasing behavior.

The average number of units purchased per c-store buyer held steady at 2.7, but the average check increased by 5 percent to $10.12. Purchase incidence of cigarettes/tobacco products and lottery tickets increased, while nonalcoholic beverages declined compared to the prior year. Sweet snack and alcoholic beverage purchases were flat.

In 2016, super heavy c-store buyers — those who made eight to 13-plus visits in a 30-day period — gained share. Meanwhile, visits by light buyers — those who made one to three visits in a 30-day period — declined. Keeping an eye on this shift will be important because light buyers still make up the majority of c-store shoppers.

Last year, 10 percent of c-store visitors reported purchasing fresh food prepared onsite at their last c-store visit, which was a 0.5 share-point increase over the year-ago period.

The convenience channel realized growth in 2016, yet the same cannot be said of other retail channels. C-store operators who held on to their base did so because they offered their customers the right product mix, selection and quality.

As long as the needs of customers remain in focus, the future will be bright for c-stores.

Trendsights is an exclusive bimonthly feature that appears in Convenience Store News.

Click on the image above to see more of NPD's research. 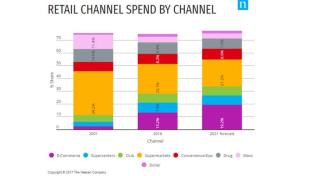 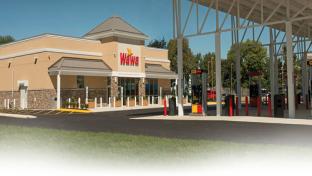 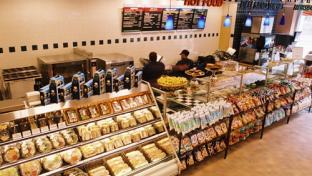 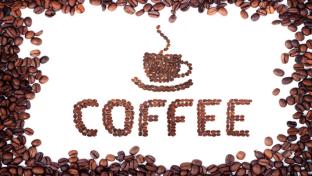 Foodservice
How to Raise the Bar at Your Coffee Bar 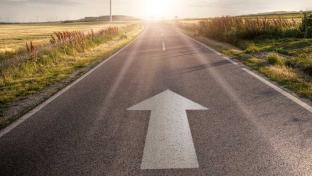 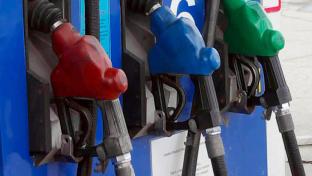 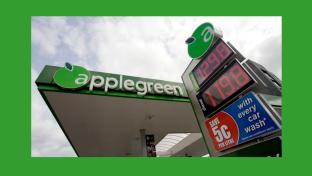 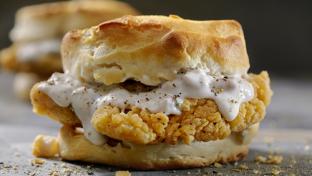 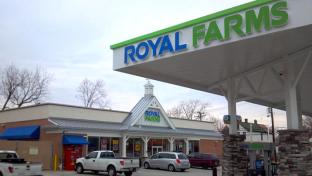