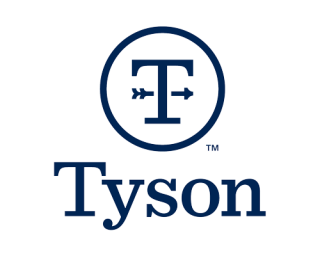 SPRINGDALE, Ark. — Tyson Foods Inc. will invest $200 million at its beef plant in Amarillo, Texas, to expand and upgrade operations there as well as build a new team member well-being area.

The project will begin this fall and involves the construction of a 143,000-square-foot addition to the existing beef complex to house upgraded team member well-being areas, such as locker rooms, a cafeteria and office space.

The project also will also include expansion and enhancement of the facility's existing operations floor. The expected completion date is sometime in 2024.

While the facility upgrades are not expected to add jobs at the plant, they will improve the team member experience as well as overall operational efficiencies, according to Tyson. The Amarillo facility currently employs 4,000 team members and generates an annual payroll of $180 million.

"Thank you to Tyson Foods for its continued commitment to the Amarillo area," said Kevin Carter, executive director, Amarillo Economic Development Corp. "Today's announcement solidifies Tyson's position as a top economic driver in our community for years to come and the $200 million capital expenditure illustrates a significant investment in Tyson Foods' future in Amarillo."

The Amarillo plant is one of the largest of Tyson's six beef facilities. The complex produces commodity cuts of fresh beef and specialty products, and also includes a ground beef patty operation. These products are packaged and boxed for sale to retail and foodservice customers throughout the United States and internationally.

"It's exciting to see the economic growth in Potter County," said Potter County Judge Nancy Tanner. "Amarillo continues to be a place where existing businesses are able to thrive and expand, and we are seeing that with Tyson Foods' commitment."

The project is designed to boost benefits for team members as well as sustainability. The expansion modernizes the facility while prioritizing team member safety, ergonomics and food safety, and incorporates enhanced automation and new technologies, the company said.

"We're committed to be the most sought-after place to work and while we've invested heavily in new benefits for our team, this project will improve the onsite work experience for our team members, while making our operations more efficient," said Shane Miller, group president, Tyson Foods Fresh Meats.

The announcement of these upgrades comes a year after Tyson awarded nearly $400,000 to the Wesley Community Center and Maverick Boys and Girls Club of Amarillo to refurbish their facilities to accommodate the children of Tyson team members employed at the company's Amarillo beef plant.