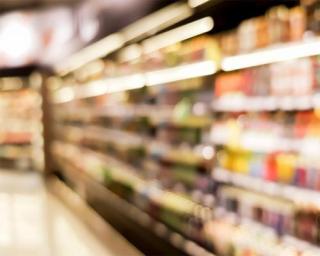 ALEXANDRIA, Va. — Convenience store counts reversed a four-year decline with a 1.5 percent increase in the number of locations operating in the United States, fueled primarily by an increase in single-store operators in 2022.

There are 150,174 c-stores open across the country, according to the 2023 NACS/NielsenIQ Convenience Industry Store Count. The number of single-store operators grew by 1,087 stores to a total of 90,423 stores, or 60.2 percent of all U.S. convenience stores.

Total industry store count increases took place in 39 states and Washington, D.C. Georgia was the top state in store count growth with an increase of 271 c-stores. California's store count fell by 53 stores, the largest number in the seven states that saw their store counts decline.

Additionally, there are 13,346 gas station/kiosk locations that sell motor fuels but not enough of an in-store product assortment to be considered c-stores. This kiosk format is on a continual decline, falling 11.2 percent in the past year and 49.3 percent over the past six years, as consumers seek out c-stores with robust food and beverage offers.

One year ago, the 2022 NACS/NielsenIQ Convenience Industry Store Count reported that the U.S. c-store count had declined for a fourth consecutive year with a 1.5 percent drop in total c-stores and a 3.1 decrease in single-store operators.

The 2023 NACS/NielsenIQ Convenience Industry Store Count found that c-stores sell an estimated 80 percent of motor fuels purchased by consumers in the U.S. and 118,678 c-stores (79 percent of all c-stores) sell motor fuels.

While c-stores saw a turnaround in growth, similar channels saw declining store counts with the exception of dollar stores:

According to U.S. Census Bureau data that shows the U.S. population at 334.2 million people, there is one c-store for every 2,225 people.

Texas is once again the state with the most c-stores at 116,018 locations, or more than one in 10 U.S. c-stores. The remaining top 10 saw no change in order despite California's decline:

"The value of convenience continues to grow, and that's a driving factor why every retailer, regardless of channel, seeks to provide it," said NACS Managing Director of Research Chris Rapanick. "And it's also clear that the convenience offer at convenience stores resonates with consumers, given the record in-store sales at convenience stores and increase in store count."

The 2023 NACS/NielsenIQ Convenience Industry Store Count is based on stores in operation as of December 2022.

Alexandria-based NACS is a global trade association dedicated to advancing convenience and fuel retailing. NACS advances the role of convenience stores as positive economic, social and philanthropic contributors to the communities they serve, and is a trusted adviser to retailer and supplier members from more than 50 countries.