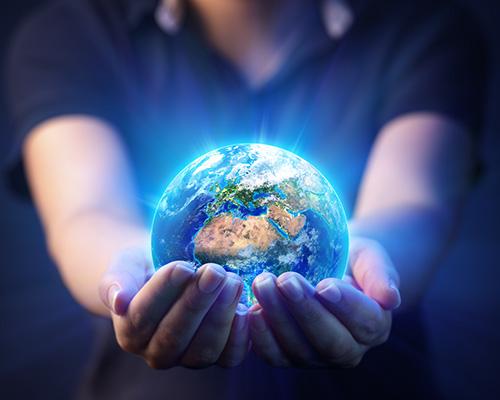 NATIONAL REPORT — International convenience store companies buying locations in the United States is not new, as Alon, GPM and others have held a U.S. presence for years. However, in the last two years, the U.S. convenience channel has seen an increase in new international players competing for store acquisitions — and in many cases, winning them.

These new players include Enex, a Chilean company that entered the U.S. late last year with its acquisition of the Road Ranger chain based in Rockford, Ill.; and Applegreen plc, which jumped from five U.S. sites in 2015 to more than 120 at the end of 2018, and just recently announced its purchase of another 46 stores from CrossAmerica Partners LP in the Upper Midwest.

However, one of the biggest newcomers is United Kingdom-based EG Group, which entered the U.S. in 2018 and now has more than 1,000 locations across 24 states. And that doesn’t include the company’s recent agreement to acquire Westborough, Mass.-based Cumberland Farms, which will add another 600 stores to its rapidly expanding U.S. portfolio.

“The c-store market is a highly robust industry right now in the U.S. with good real estate to support the investment. While fuel sales nationally are relatively flat, there is significant growth and differentiation in the c-store trade here,” Ken Shriber, managing director and CEO of Petroleum Equity Group, based in Chappaqua, N.Y., told Convenience Store News.

International companies see the U.S. c-store market as a safe investment because of the robust U.S. economy and how the industry has stood the test of time, noted Mark Radosevich, president of PetroActive Real Estate Services LLC, based in Coral Gables, Fla.

“It’s a safe and vibrant market in the U.S., and c-stores are known for safety as far as an investment goes. It’s not in danger of being taken over by some new digital offering. People still have to go to brick-and-mortar stores for cigarettes, gas and beer,” he said.

Should U.S.-based companies be worried about international buyers scooping up stores?

Terry Monroe, founder and president of American Business Brokers, believes there are two categories U.S.-based chains currently fall into: those competing to acquire the same stores being purchased by these international companies; and those who will find them entering their markets as competitors.

When it comes to buyer competition, he said large chains in the U.S. c-store market, such as 7-Eleven Inc. and Alimentation Couche-Tard Inc./Circle K, are definitely facing more competition for acquisitions but, in some cases, this doesn’t make a difference.

“The big players will only acquire certain things and, in some cases, EG and Applegreen purchased stores they passed on because it didn’t fit their business model,” Monroe stated. “They will only pay so much because that is their business model, and then EG or another international buyer will come along and be willing to pay more because they have a different model.”

It also depends on the number of stores up for sale, according to Radosevich. With a 50-store chain, there will be more people looking to acquire that than a chain that puts 300 or more stores on the market, he noted, explaining that big companies like 7-Eleven have a very disciplined approach to how they acquire assets, whereas international companies are not as stringent and can write a bigger check.

As for c-store operators who find themselves in direct competition with these new international operators, Van Tarver, president of Van Tarver Group and former head of Kroger’s c-store division, predicts that consolidation will continue throughout the industry, but he said that doesn’t mean small, regional operators should be worried, as some of the best and most profitable U.S.-based chains are within this group.

“If they are going to be successful and continue to be successful, it’s important for operators to continue the evolution of meeting changing consumer demand, and that is true no matter what the origin of the country is competing,” he advised. “There is no secret [move] that someone coming from another country will do that will dramatically increase the income of the store. And if they overpay and don’t divest marginal stores, it’s going to hurt them down the road.”

It's also important for all c-store chains — U.S.-based and foreign — to pay attention and invest in data and analytics, so they understand American consumers, what they want and how to serve them no matter who their competitors might be, said Tarver.