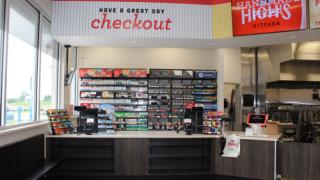 NATIONAL REPORT — There are category concerns, but U.S. tobacco and nicotine trends are showing several signs of health, according to Management Science Associates Inc. (MSA).

In the first of three tobacco-related webinars sponsored by National Association of Tobacco Outlets (NATO), Don Burke, MSA's senior vice president, highlighted the current trends in the tobacco and nicotine markets by product segments and through an analysis by trade channels, including convenience stores, tobacco stores, grocery stores, dollars stores and more.

According to Burke, c-stores are clearly out in front when looking at nicotine distribution by trade class. While convenience/gas stores account for 60 percent of stores selling nicotine in the United States, they account for 71 percent of nicotine sales volume, according to the MSA research, which studied wholesale shipment to retail data through July 2, 2022.

Comparatively, while tobacco outlets account for only 4 percent of stores, they account for 8 percent of all tobacco sales in the U.S. and, though historically "dollar stores haven't been too much of a concern for us," Burke noted a shift is coming.

Currently, they account for 8 percent of stores and only 2 percent of tobacco volume. "But we're going to keep an eye on that one," he said.

Specifically, it is little filtered cigars, pipe tobacco, modern oral and roll-your-own (RYO) subcategory that are picking up in dollar stores. "We never saw them as being big competition in nicotine; this may be the first sign they're doing something right and a bit of a concern," Burke said.

However, Burke isn't too concerned. "I wouldn't take this as seriously as some analysts suggest," he told the webinar audience, noting two reasons why.

Still, MSA is predicting another 5 to 7 percent drop in nicotine consumption, measured in units, for 2022. Again, this will be influenced by the pandemic and a higher based period, Burke explained.

Cigarettes account for about three-quarters of every tobacco item purchased in the U.S. — or 76 percent share of servings. However, that is a 2 percent decline since last year. "Cigarettes are, by far, the number one way consumers choose to use nicotine," Burke said.

The only two subcategory showing growth in the MSA study are vapor, increasing 1.6 percent to 7.4 percent servings share, and modern oral, increasing 0.7 percent to 1.9 percent share of servings. "Retailers may not realize; vapor is really seeing a surge in consumption right now," he added

Some other category trends Burke made note of include: