Volatility Is the Trend for July Pump Prices

Volatility Is the Trend for July Pump Prices 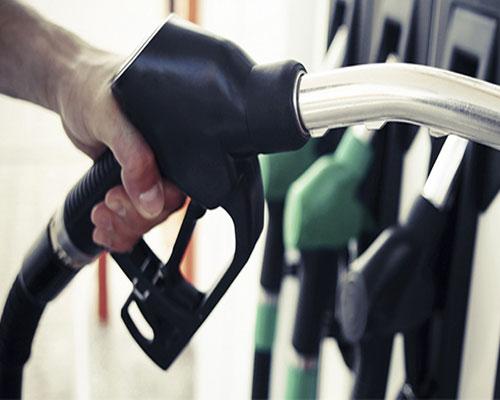 NATIONAL REPORT — As the rate for crude oil rises and drops amid lingering geopolitical concerns, volatility is the trend at the pumps this month.

Pump prices saw a 4-cent increase from $2.85 to $2.89 during the first half of July, and the second half is proving cheaper with the national gas price average falling to $2.84. The national average has not been this low since early May, according to AAA.

"July gas prices have been on a roller coaster ride, but appear to be on a downward slope at the moment. If demand and supply stay consistent, prices have the potential to stabilize barring any major events — geopolitical or natural disasters," said Jeanette Casselano, AAA spokesperson. "The market is also following this up and down trend lately. Last week, crude prices dropped below $70/bbl for the first time since June, but then returned above the price point to close out the week."

Gas prices are dropping on the week across the Great Lakes and Central states. Seven states in the region land on the top 10 largest weekly change in gas prices list: Ohio (13 cents), Michigan (11 cents), Indiana (11 cents), Kentucky (8 cents), Illinois (7 cents) Missouri (5 cents) and Nebraska (4 cents). However, despite cheaper gas prices on the week, state gas price averages are nearly 50-cents or more expensive than a year ago. North Dakota ($2.85) and South Dakota ($2.87) have the largest year-over-year increase at 61 and 60-cents, respectively. Nebraska has the smallest year-over -year increase at 47 cents.

Across the South and Southeast states, gas prices range from as expensive as $2.77 in Florida to as cheap as $2.55 in Alabama. On the week, prices in the region are as much as 4 cents cheaper.

Gas prices are as much as 5 cents cheaper on the week across the Mid-Atlantic and Northeast states. Looking at prices compared to a month ago, most states in the region are seeing cheaper pump prices at as much as four cents less. On the other hand, six states are paying more, with Delaware seeing the largest month-over-month increase in the country: Delaware (8 cents), West Virginia (3 cents), Washington, D.C. (3 cents), Pennsylvania (1 cent), Maryland (1 cent) and New Jersey (1 cent).

On average, gas prices are 62 cents more expensive than a year ago for drivers in the Rockies region. Wyoming (up 69 cents) has the largest year-over-year difference in pump prices. On the week, there is a little relief at the pump with state gas price averages dropping in Colorado (2 cents), Utah (2 cents), Idaho (2 cents), Wyoming (1 cent) and Montana (1 cent).

The national average has not been this low since early May, according to AAA.