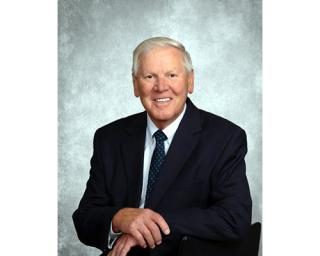 McMullen joined Weigel's as its operations manager in 1981 and stayed with the company for the next 40 years. He was highly instrumental in growing Weigel's to its current 70 stores through his innovative spirit, servant leadership and expertise, the company said.

McMullen became president and 2001 and CEO in 2017, the first non-family member to hold either role at the 90-year-old company.

"It's just hard to think of him not being here to share those decisions with me," Bill Weigel, chairman of Weigel's and son of company co-founder William Weigel, told the Knoxville News Sentinel. "I know everybody in the company would feel the same way."

Born in Newark, Ohio, McMullen served in the U.S. Army before starting his career with Lawson Milk Co., where he learned about the convenience store industry. He managed Lawson's store operations in Michigan at the time he met Bill Weigel, who was impressed by McMullen's people skills.

"He knew his people," Weigel recalled. "His people knew him, and his people respected him. Every move was just exactly like I wanted it to be. He wasn't the 'boss boss'; he was a 'do as I do, not as I say' kind of guy. If you're not willing to clean bathrooms, you shouldn't be a boss. And he was that kind of guy."

During his time at Weigel's, McMullen held multiple roles, designed new stores and came up with the concept of using a company bakery to provide stores with fresh doughnuts, cookies and muffins daily. Under his leadership, Weigel's added 49 c-stores to its network.

According to Weigel's President Doug Yawberry, McMullen took an interest in the lives of all Weigel's employees and greeted everyone by name. He also made a practice of leading by example.

"There was nothing he wouldn't do, nothing, nothing," Weigel said. "He would pick up paper on the parking lot going into a store, and pretty soon our whole company was picking up paper on the parking lot as they were going into a store. He had very high standards, very high standards. And you just didn't make excuses with Ken."

An avid golfer, McMullen started a golf tournament to raise money for the annual Weigel's Family Christmas, an event in which the company hosts kids in need for special meals and a shopping spree.

"Ken was like a brother to me," Weigel said. "We've been together since 1981. He has been an integral part of the tough decisions we've had to make, and the success our company has achieved. He leaves an amazing legacy not only here, but in the convenience store industry. We are all immensely blessed to have had Ken in our lives and I know we will all miss him. I can only hope we will honor his legacy of servant leadership, inspiration, gratitude and for his life well lived."

McMullen is survived by his daughters Melinda Sharp and Carrie Robertson as well as their spouses and his three grandchildren.