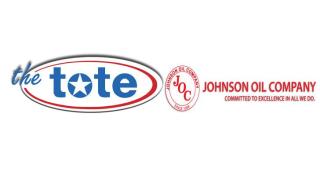 "We have had a long, successful run in this business making numerous friends and making a positive contribution to the communities where we operated," said Tom Johnson, president of Johnson Oil. "We now think it is time to step aside and focus on other interests going forward. We certainly appreciate all the guidance and assistance from Corner Capital over these past many months and thank them for their industry expertise and market knowledge demonstrated throughout the valuation and transaction process."

In 2020, Johnson retained Corner Capital Advisors LLC's valuation and strategic advisory services to identify future company options for its shareholders. After thorough analysis and consideration, the company elected to pursue a structured sale process for its business assets.

WG Johnson was founded in 1985 when Tom Johnson's father, Bill, bought the then existing business from the previous owner who had elected to sell the company and pursue other business interests. At that time, it consisted mainly of consumer business and a few small service station dealers.

Bill and Tom built their first Tiger Tote convenience store in 1986 and continued growing the retail, dealer, transportation, lubricants and consumer business into one of the largest and most respected enterprises in Corsicana, Texas, and surrounding areas, according to the company.

"Mr. Bill," as he was known, retired in 2007 but has continued as a trusted advisor to Tom Johnson over these many years since stepping down.

"Having known the Johnson family for over 35 years, we were honored to assist them in the planning efforts," said Don Mitchell of Corner Capital. "We appreciate their trust in managing their valuation and transaction. Both Tom and Bill were a pleasure to work with."