"We are excited to bring our new large store format to Mount Enterprise and we are happy to offer our new CEFCO Kitchen food items to the local customers as well as the many traveling families and truckers that frequent this area," said Dana Crick, regional vice president of operations. "We look forward to serving and partnering with the local community that has been supportive of our growth." 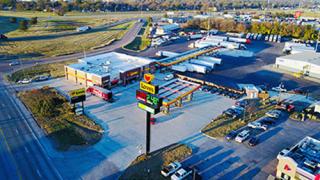 Thorntons welcomed customers at several new stores as 2020 drew to a close. In late November, the convenience retailer opened two c-stores in Chicagoland, Ill., including Palos Hills and Worth. The locations feature self-checkout and LED lighting, offer burritos and sandwiches made on site daily, and top-of-the-line beverages.

One month later, Thorntons opened a new location in Huntley, Ill. It is the retailer's first in the city of Huntley and 84th in the state. Set on two acres, the 4,400-square-foot store features self-checkout and LED lighting, offers burritos and sandwiches made on site daily, and top-of-the-line beverages. The forecourt has 20 auto fueling positions.

Tri Star Energy opened a Twice Daily convenience store and White Bison Coffee in Athens, Ala., in mid-November. This is the second location in the northern Alabama market following the brands' debut in Town Madison in 2019. 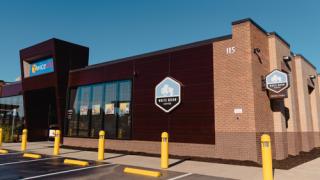 In addition to traditional convenience items, Twice Daily's premium offerings range from grab-and-go snacks, including organic brands to a selection of staple groceries. There is also a fresh deli case with handmade and healthy options featuring fruits, sandwiches, salads and snacks. Other offerings include doughnuts and pastries, freshly prepared breakfast and lunch sandwiches, and an extensive beer cave featuring local and craft beers.