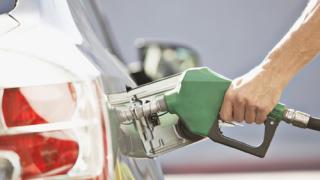 WASHINGTON, D.C. — President Joe Biden is trying to ease the pain at the pump by tapping into the country's oil reserves.

On Nov. 23, Biden announced that the U.S. Department of Energy will make available releases of 50 million barrels of oil from the Strategic Petroleum Reserve to lower prices for Americans and address the disconnect between demand exiting the COVID-19 pandemic and supply.

According to a release from the White House, other major energy consuming nations including China, India, Japan, Republic of Korea and the United Kingdom are taking similar steps.

"This culminates weeks of consultations with countries around the world, and we are already seeing the effect of this work on oil prices. Over the last several weeks as reports of this work became public, oil prices are down nearly 10 percent," the release states.

Under the two-step plan:

"The president stands ready to take additional action, if needed, and is prepared to use his full authorities working in coordination with the rest of the world to maintain adequate supply as we exit the pandemic," the release added.

This is just the latest move the Biden Administration has made around gas prices. Last week, the president directed the Federal Trade Commission to look into possible "illegal conduct" in the market that may be keeping prices at the pump elevated.

According to AAA, gas prices dropped a penny from last week to a national average price for a gallon of gas is $3.40. The slight decrease comes as crude prices feel the pressure from an uptick in COVID-19 cases in the United States and Europe, and earlier reports that the Biden Administration — and other countries — would simultaneously release stockpiled oil. 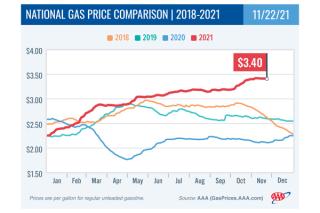