Julie Fajgenbaum, founder and CEO of the custom photo album service Tweed Wolf, vividly remembers the moment a male mentor changed the course of her career.

While working as a director at American Express, a vice president position opened up and her male boss encouraged her to apply.

“I would have been jumping the queue of other directors with more tenure,” she remembers, “but my boss told me: ‘If not you, who?’ He meant, ‘Who is more qualified and could do a better job?’ I applied and got that job.”

Mentors — who provide guidance and advice — are helpful to anyone’s career. Sponsors — who raise your profile, foster your development, and advocate for your career — are critical. Having a male sponsor is especially important for women, because most women work in companies where the leadership structure is dominated by men.

Most companies don’t require senior leaders to hire, mentor and sponsor women, or to expend their professional capital advocating for women’s development and advancement. Few firms tie compensation to gender and diversity goals.

The result? In S&P 500 retail companies, where nearly 55 percent of all employees are female, women hold 41.1 percent of first- and mid-level management roles and just 30.1 percent of senior and executive management positions, according to Catalyst, a nonprofit organization whose mission is to expand opportunities for women and business.

But mentoring or sponsoring women takes many industry men outside their comfort zone. Some men still view women’s success as a zero-sum gain. Others work in an environment that doesn’t value gender equality.

Here are a few ways men and the companies they work for can level the playing field and support women’s leadership:

Think beyond gender diversity. Hiring more women isn’t enough. Use gender inclusion strategies when identifying high-potential talent and creating succession plans. The result will be more diversity from the top down, which creates a culture of fairness and mutual respect, leading to better morale and bottom-line results.

Resist stereotypes. Smart leaders don’t make assumptions about the career goals of women based on their employees’ marital status or how many kids they have or may have in the future. Indulging in gender stereotypes is unfair — and bad for business.

Ensure opportunities for growth. Male champions ensure women have the same development opportunities as men to get the experience they need to advance.

Be a consistent and vocal ally. Men who support women’s leadership development recognize women team members for their achievements in visible and meaningful ways. Engage peers and direct reports in conversations about equality and fairness at work.

Acknowledging the crucial role that men can play in creating gender equality is just the first step in creating a better workplace for all. Companies must actively pursue policies that require and reward managers — male and female — who build diverse teams.

For Fajgenbaum, having the support of a male boss pushed her career — and compensation — forward. And it forever changed the way she approached her work.

“I repeat [to myself], ‘Why not me?’” she says. “It’s helped me to take more risks and accelerated the growth of my business.” 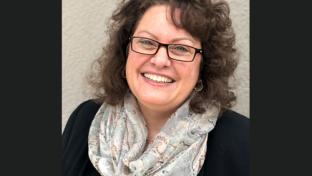