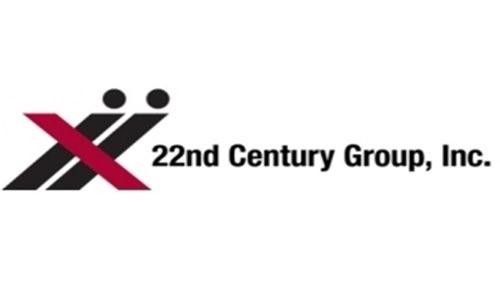 According to the tobacco company, the proposed premium cigarette brand is made with its proprietary VLN tobacco and contains very low levels of nicotine.

The FDA must approve a PMTA to commercialize any tobacco product not on the market as of Feb. 15, 2007.

In contrast, a survey of the top 100 leading cigarette brands in the United States showed that conventional cigarettes currently sold in the U.S. contain an average of 19.4 mg of nicotine per gram of tobacco, according to the company.

"Later this month, 22nd Century will submit to the FDA the company's highly anticipated MRTP application. Containing only a tiny fraction of the nicotine found in the 100 leading U.S. cigarette brands, 22nd Century's proposed VLN cigarettes will demonstrate conclusively that the FDA's plan to dramatically reduce nicotine in all U.S. cigarettes is immediately feasible," explained Henry Sicignano, CEO and president at 22nd Century Group.

"As potentially the first — and only — combustible cigarettes to achieve a marketing order from the FDA under the MRTP program, 22nd Century's proposed VLN cigarettes will provide smokers with a nearly nicotine-free choice… and will change the tobacco industry forever," he added.

Clarence-based 22nd Century is a plant biotechnology company focused on technology which allows the increase or decrease in the level of nicotine in tobacco plants and the level of cannabinoids in hemp/cannabis plants through genetic engineering and plant breeding.