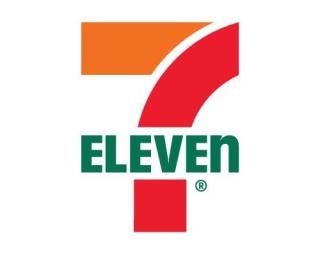 IRVING, Texas — The 7-Eleven brand enters its 18th country with the opening of its first convenience store in Mumbai, India, on Oct. 9.

Residents and tourists alike can enjoy 7-Eleven Inc.'s unique style of convenience and signature food and drinks, as well as products and delicacies created specially to appeal to the local market, according to the convenience retailer.

Opened by 7-India Convenience Retail Ltd., a wholly owned subsidiary of Reliance Retail Ventures Ltd. (RRVL), the new store is located on the first floor of the Atul Blue Fortuna apartments on Military Road. The building is part of the Marol neighborhood of Mumbai's Andheri East suburb, which is also home to the city's international airport, multiple rail stations and India's Bollywood entertainment hub.

7-Eleven's entry into India will modernize the small-retail environment and bring greater convenience to shoppers, the company said.

A grand opening for the inaugural store will be held soon on an unspecified date. Multiple 7-Eleven stores are expected to follow later this year in the greater Mumbai cluster.

Mumbai serves as India's financial and commercial hub, is one of the top 15 wealthiest cities in the world and is home to the Bollywood film industry. It is also the headquarters city of Reliance Industries Ltd. (RIL), the largest publicly traded company in the world and parent company to RRVL, which holds the master franchise agreement with 7-Eleven Inc. to operate stores in greater Mumbai through its 7-India Convenience Retail subsidiary.

"At Reliance, we pride ourselves on offering up the best to our customers and we are proud to bring 7‑Eleven, the globally trusted convenience store, to India," said Director of Reliance Ventures Isha Ambani. "7‑Eleven is among the most iconic global brands in the convenience retail landscape. The new pathways we build together with 7‑Eleven will offer Indian customers greater convenience and choices within their own neighborhoods."

7-Eleven will support RRVL as it implements and localizes its unique retail business model.

"India is the second largest country in the world and has one of the fastest-growing economies. It's an ideal time for the largest convenience retailer in the world to make our entry into India," said 7‑Eleven Inc. President and CEO Joe DePinto. "Our strategic relationship with Reliance Retail will bring 7‑Eleven's brand of convenient products and services to millions of Indian consumers starting in the city of Mumbai."

Headquartered in Irving, 7-Eleven operates, franchises and/or licenses more than 77,000 stores around the globe, including nearly 16,000 in North America.