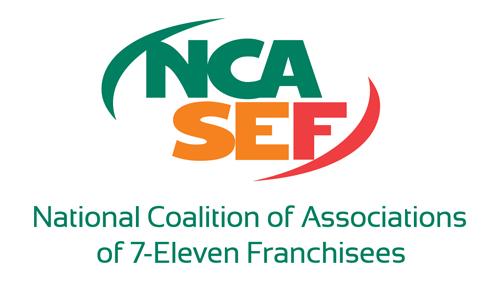 SAN ANTONIO — Convenience stores remained opened as essential businesses during the COVID-19 pandemic; however, a recent survey of 7-Eleven Inc. franchisees found that most respondents are unhappy with corporate's support over the past six months.

According to a survey of National Coalition of Associations of 7-Eleven Franchisee (NCASEF) members conducted in July and August, more than 83 percent of its members responded "fair" or "poor" when asked to rate 7-Eleven's financial support throughout the ongoing pandemic.

NCASEF is an elected, independent body representing the interests of more than 7,200 7-Eleven franchised locations in the United States.

When asked to rate 7-Eleven's operational support through the pandemic, more than 82 percent answered either "fair" or "poor," while less than 18 percent answered "excellent," "very good," or "good."

"Since the pandemic began, 7-Eleven has taken an even more authoritarian, top-down approach to dealing with its franchisees and with this democratically elected body," said NCASEF Chairman Jay Singh. "We have repeatedly asked for more open dialogue to address the needs of the franchisee community, but we have been ignored."

In an email to Convenience Store News, 7-Eleven Inc. detailed the steps it has taken to support its franchisee network during the recent health crisis.

"Since the start of the pandemic, 7-Eleven has provided franchisees with more than $136 million in direct support, promotional funding, or savings as they serve as essential businesses on the front lines of their communities," the c-store operator said. "That includes $88 million of financial assistance in the form of direct credits and expense waivers during this unprecedented liquidity crisis. 7-Eleven has remained focused on ensuring the safety and success of franchisees."

7-Eleven funded and expedited the shipment of critical personal protective equipment and essential supplies like hand sanitizer and masks to stores, and installed plexiglass screens at no cost to franchisees, according to the company, adding it was one of the first retailers to provide this safety feature in stores nationwide.

In addition, the company set up a Franchise Financial Solutions Center and other third party resources to provide financial consulting to franchisees, 7-Eleven said.

Irving-based 7-Eleven Inc. operates, franchises and/or licenses more than 71,100 stores in 17 countries, including 11,800 in North America.