AAA: One Million More Americans Will Travel This Memorial Day

AAA: One Million More Americans Will Travel This Memorial Day

ORLANDO, Fla. — AAA projects that nearly 40 million (39.3 million) Americans will travel 50 miles or more away from home this Memorial Day weekend. This is one million more travelers who took to the roads, skies, rails and water in 2016, resulting in the highest Memorial Day travel volume since 2005.

The Memorial Day holiday travel period is defined as Thursday, May 25 to Monday, May 29.

"The expected spike in Memorial Day travel mirrors the positive growth seen throughout the travel industry this year," said Bill Sutherland, AAA senior vice president, travel and publishing. "Higher confidence has led to more consumer spending, and many Americans are choosing to allocate their extra money on travel this Memorial Day."

Despite the highest Memorial Day gas prices since 2015, 88.1 percent of holiday travelers will drive. The current national average price for a gallon of gas is $2.34, 11 cents higher than last year.

Although most Memorial Day vacations are road trips, many Americans will take advantage of the long weekend to travel abroad. Based on AAA bookings, the top destinations for the holiday weekend across the United States are: Orlando, Fla.; Seattle; Las Vegas; New York; and Honolulu. Internationally, destinations include: Rome, Italy; London, England; Dublin, Ireland; Paris, France; and Vancouver, Canada. 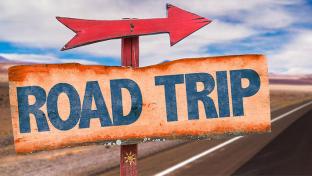 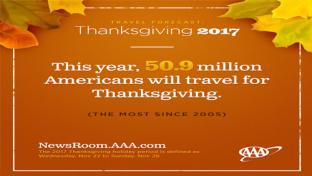