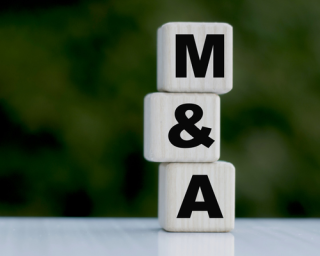 TRUSDALE, Mo. — Warrenton Oil Co. is expanding its reach in Missouri through the acquisition of Abel Oil Co.

"The addition of these stores will allow us to better serve our customers and their communities throughout northeast Missouri," said Wayne Baker, president and CEO of Warrenton Oil. "We are excited to expand our farm and commercial fuel business footprint and serve the many customers of Abel Oil."

Abel Oil was founded in 1940 by the Abel brothers, consisting of Ray Abel, Alfred Abel and Charles Abel. After serving in World War II, the brothers continued the operation of the oil company in 1946 with each brother working in a different area of the business. In 1957, Charles Abel was named president and the owner of the company until his passing in 1986. To this day, the business continued to be operated by the Abel family, with Mark Abel as president and Randy Anderson as chief operating officer.

The sale signals the Abel family's exit out of the convenience store and petroleum industry. "We are well acquainted with Warrenton Oil Co. and the Baker family and are assured that their values and culture mirror ours," said Mark Abel. "As Abel Oil Co.'s successor, our reputation and legacy, and our valued customers and vendors will be in good hands."

Abel Oil was exclusively advised by Terry Monroe, president and founder of American Business Brokers & Advisors, in the sale of the multi-site chain and fuel distribution.