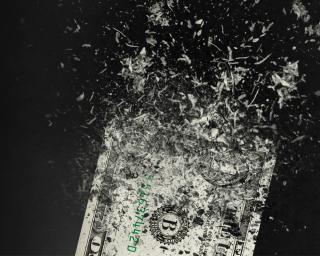 NATIONAL REPORT — While gas prices have dropped in recent months, the prices of food and beverages continue to rise.

“Consumers are responding to rising prices by shopping promotions, prioritizing value options, and trading down to avoid going without,” said Krishnakumar Davey, president of thought leadership for CPG and retail at Information Resources Inc. (IRI). "Retailers must have the tools to quickly adjust to changes in consumer preferences to ensure they are offering the right assortment at price points that appeal to price-sensitive shoppers, as well as their most valuable customers.”

While there may be no official designation of a recession yet, new analysis from NielsenIQ shows that U.S. consumers increasingly feel like they’re in one. Although consumers are finally finding relief at the gas pump, necessities like food are still forcing shoppers to make difficult spending decisions, fueling a growing sense of unease.

NielsenIQ analysts refer to this as a “consumer recession” — when the core habits of traditional consumption have shifted, forcing shoppers to behave as though a recession is already here. They consume less, shift their spend to value retailers and brands, and buy more items on promotion. Of those NielsenIQ surveyed, 53 percent said they feel they are in a recession right now.

Nearly half of Americans (45 percent) feel like they cannot afford their previous lifestyle, according to a consumer sentiment survey on inflation commissioned by NCSolutions (NCS), which helps companies improve their advertising effectiveness. The online survey was fielded among 2,141 respondents in June.

Additionally, 85 percent of respondents indicated they are very concerned or extremely concerned about inflation, and 93 percent said we’re in an inflationary time. One in four Americans believes a recession will occur in 2023.

Other notable findings from the survey include:

“For the second time in a little over two years, consumers are pivoting to new purchasing behaviors at the grocery store,” commented Alan Miles, CEO of New York-based NCS. “Since the start of the pandemic, they’ve been swapping their favorite brands for what’s available. Today, though, value is the centerpiece more often than availability; consumers are selecting brands and products to stretch their budgets as far as possible.”

If the country does go into a recession, it will be different than The Great Recession in 2009, predicts Lori Stillman, vice president of research and education for convenience and fuel retailing association NACS.

Fuel supply is a much bigger concern today due the uncertainty of Russian oil, she says, and the lack of foreseeable relief in fuel prices alone is enough to impact prices for everyday products, essentially making American consumers more financially insecure.

Interest rates will likely be raised again, resulting in greater pressure on those carrying debt, and many Americans may not be able to keep up their standard of living. Even if the United States does not enter a classically defined recession, Stillman argues the country will feel like it is in one.

"While a recession may bring minimal temporary relief to the rising costs of labor in convenience, other costs such as utilities, insurance, maintenance and, especially, swipe fees will likely continue to remain elevated,” she said. “Price inflation in 2022 is different than what we have seen in the past. There are true supply issues causing prices to increase, not just increased demand for readily available products.”

According to Stillman, the conditions will require convenience store retailers to become more engaged with suppliers in pricing discussions, more discerning in terms of reviewing invoices, and more agile when it comes to enabling price changes. Retailers that are food focused will have to ramp up their menu costing and rationalization efforts to ensure their food programs remain profitable.

“With the expectation of decreased inside traffic, cost control will always separate top performers from the rest of the pack during a recession,” the NACS executive said. “On the other hand, growth-minded retailers should remain vigilant. The coming months will likely present opportunities for growth by acquisition of companies that aren't able to weather bumpy economic conditions, or feel the time is right to exit the industry.”

The convenience store industry’s small operators (those with 20 stores or less) are likely feeling the effects of inflation more than the larger chains, cautioned Roy Strasburger, CEO of StrasGlobal, a privately held retail consulting, operations and management provider serving the small-format retail industry based in Temple, Texas. Small operators may not be fully aware of the increases in their costs, and may not have the mechanisms in place to raise retail prices on a timely basis, thereby losing gross profit dollars, he explained.

Small operators may not have as many variables to work with as larger chains do to move their profitability around in the store or at other locations, he continued, noting that larger operators also have more negotiation ability with suppliers and can have prices either locked in for the near future or be able to slow the increase in cost with larger purchase orders.

Strasburger’s advice to small operators is: “Keep a close eye on purchase cost, adjust prices quickly and often, don’t be afraid to lead the market up in pricing if necessary, and look for ways to reduce operating costs until the cost increases stabilize.”