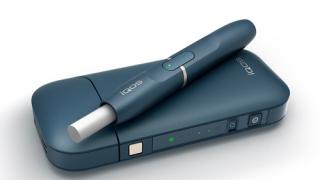 RICHMOND, Va. — Five months after the Food and Drug Administration gave IQOS the greenlight in the United States, Altria Group Inc. introduced the heat-not-burn product to the market.

The unveiling took place in Atlanta in early October — just as the convenience store industry gathered in the city for the 2019 NACS Show.

IQOS is an electronic device that heats tobacco-filled sticks wrapped in paper to generate a nicotine-containing aerosol. Under and exclusive licensing agreement with Philip Morris International (PMI), Altria's Philip Morris USA (PM USA) is commercializing IQOS in the U.S. with Marlboro Heatsticks.

The alternative tobacco product made its retail debut at the new IQOS store in Lenox Square in Atlanta on Oct. 4, CNBC reported.

According to the report, Altria will only sell the device at its stores and kiosks. It will sell the heatsticks in about 500 stores in the Atlanta area; however, people who order IQOS online must pick it up in the store.

At its first store, employees scan customers' IDs and ask if they smoke. Those under 21 or who do not smoke will be turned away. Once inside, customers can test IQOS in the "guided trial room," a separate area behind automatic glass and doors with its own ventilation system.

Altria will sell a bundle containing the holder and 200 heatsticks for $80. The holder costs $100 by itself, Altria spokesman David Sutton told CNBC.

According to the news outlet, Altria will open another store in the Mall of Georgia later this month and open mobile stores around the city and pop-up kiosks in its existing retailers, such as convenience stores.

The company chose Atlanta as its launch market because it's a tech-focused city with "several hundred thousands" of adult smokers, Sutton said. Altria will monitor the results before bringing IQOS to other cities, though the company has said it plans to expand rapidly, CNBC added.

In late 2013, PMI and Altria teamed up to establish a framework to commercialize reduced-risk products and electronic cigarettes, as Convenience Store News previously reported.

Subsidiaries of the two tobacco companies entered into a series of agreements to address intellectual property licensing, regulatory engagement and contract manufacturing. Specifically:

In July 2015, the two tobacco leaders expanded that pact to include a joint research, development and technology-sharing agreement.