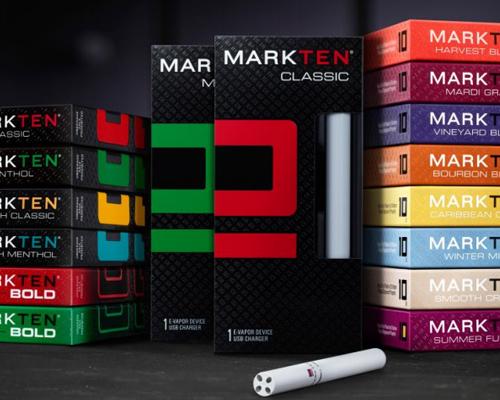 RICHMOND, Va. — Altria Group Inc. traditionally has been known for its cigarette business. However, it is following the future of the tobacco category and making a big push into alternative and reduced-risk products.

Speaking at the 2018 Consumer Analyst Group of New York Conference in Boca Raton, Fla., on Feb. 21, Altria Chairman Marty Barrington said the company's goal is to be the U.S. leader in reduced-risk tobacco products.

"We knew the industry was evolving and adult tobacco consumers were seeking less harmful alternatives to combustible cigarettes," Barrington said. "Preparing for this opportunity, we've spent years acquiring best-in-class regulatory and product development talent and building a compelling portfolio of non-combustible tobacco products with the potential to reduce risk."

To that end, the company is taking a portfolio approach, focusing on three platforms: smokeless tobacco and oral nicotine-containing products, e-vapor and heated tobacco.

In addition, USSTC has been testing Verve, an oral nicotine-containing product, and plans to expand the sale of Verve Discs into two additional markets in the second quarter — testing different combinations of retail and ecommerce, Willard noted.

Verve is designed to appeal to a diverse set of adult smokers, including women, many of whom reject moist smokeless tobacco and snus. USSTC also plans to file Pre-market Tobacco Product applications (PMTAs) for Verve Discs and Chews with the FDA later this year. PMTA approval is required to commercialize the product in the U.S. with no health claim.

On the e-vapor front, MarkTen from Altria's Nu Mark LLC is now available in about 65,000 stores, and MarkTen Bold is currently in about 25,000 retail stores.

Nu Mark, which expanded the MarkTen vapor product nationally in 2014, is slated to file PMTAs for MarkTen this year, with MRTP applications to follow, Willard reported.

In the closed tank segment of vapor, Nu Mark will extend MarkTen Elite in five flavors into more than 6,000 stores, with further expansion planned for later in the year. Nu Mark is also testing several other closed tank products in 2018, noted Willard.

Altria likewise continues to work toward the day when Philip Morris International's heat-not-burn product, iQOS, will hit backbars in the United States.

"The FDA is reviewing PMTA and MRTP applications for the iQOS device and three variants of Marlboro Heatsticks," explained Billy Gifford, Altria's chief financial officer. "[The FDA's] Tobacco Products Scientific Advisory Committee met in late January to review the iQOS MRTP application. We found the meeting productive and see this as the first step in a process which we believe will ultimately result in a modified risk claim."