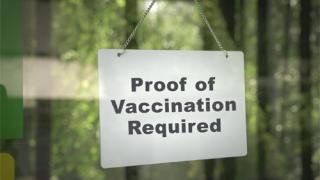 WASHINGTON, D.C. — The federal rule calling for all businesses with 100 or more employees require proof of vaccination or conduct weekly testing is once again a go.

On Friday, Dec. 17, the U.S. Court of Appeals for the Sixth District in Cincinnati lifted a stay against the federal vaccine mandate.

The decision reversed the initial ruling by the U.S. Court of Appeals for the Fifth District in New Orleans to hit the pause button on the mandate on Nov. 6. The same appellate court subsequently declined to lift that temporary stay on Nov. 12, as Convenience Store News previously reported.

At issue is the Occupational Safety and Health Administration (OHSA) emergency temporary standard (ETS) requiring employees of those companies be vaccinated by Jan. 4. Unvaccinated employees would be required to be tested for COVID-19 once a week and wear a mask.

However, according to NACS, the Sixth Circuit panel decided that the OSHA rule could move forward while litigation on the ultimate question of its legality was being pursued. In making its decision, the court found, "The harm to the government and the public interest outweighs any irreparable injury to the individual petitioners who may be subject to a vaccination policy."

NACS filed an appeal with the U.S. Supreme Court within hours of the panel's decision asking for that court to impose its own stay during litigation. The appeal argued that the OSHA rule "will inflict irreparable harm upon hundreds of thousands of businesses across the retail, wholesale, warehousing, transportation, travel, logistics, and commercial industries that collectively employ millions of Americans," according to NACS.

By Saturday, five other cases had also filed appeals with the Supreme Court.

In a statement on its website, OHSA said it is gratified with the U.S. Court of Appeals for the Sixth Circuit, which dissolved the stay of the vaccination and testing ETS. "OSHA can now once again implement this vital workplace health standard, which will protect the health of workers by mitigating the spread of the unprecedented virus in the workplace," it stated.

With the "uncertainty created by the stay," OSHA said is pushing back enforcement. "To provide employers with sufficient time to come into compliance, OSHA will not issue citations for noncompliance with any requirements of the ETS before Jan. 10 and will not issue citations for noncompliance with the standard's testing requirements before Feb. 9, so long as an employer is exercising reasonable, good faith efforts to come into compliance with the standard," it stated. "OSHA will work closely with the regulated community to provide compliance assistance."