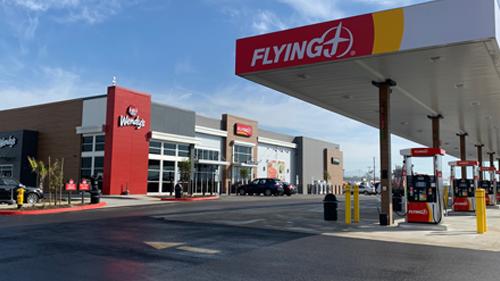 KNOXVILLE, Tenn. — A federal appeals panel threw out the convictions of three former Pilot Flying J executives in a case related to fraud in the company's fuel rebate program.

On Oct. 14, split three-judge panel of the U.S. Court of Appeals for the Sixth Circuit in Cincinnati ruled that jurors should not have been played recordings of racist language by the company's former president, Mark Hazelwood, according to The Associated Press.

"The district court admitted the recordings on the theory that if the defendant was reckless enough to use language that could risk public outrage against the company, he was a 'bad businessman,' and as a bad businessman, he was also reckless enough to commit fraud," Judge Richard Suhrheinrich wrote for the majority. "This is vintage bad character evidence — and precisely the type of reasoning the Federal Rules of Evidence forbid."

During the trial, which began in November 2017 in U.S. District Court in Chattanooga, a jury heard secret recordings of Hazelwood using racial slurs and profanely criticizing his board of directors and his boss's football team and fans. Hazelwood later apologized for his language, the news outlet reported.

"I am extremely gratified that the Sixth Circuit rectified the injustice of my conviction," Hazelwood said in a statement Oct. 14. "I vow to fight on to clear my good name and reputation, as I am innocent of these charges. I want to thank God, my incredible family and friends for their unwavering support and belief in my innocence, and my strong appellate team."

The fraud case came to light in April 2013, when the FBI raided Pilot Flying J's Knoxville headquarters, as Convenience Store News previously reported. The company earlier agreed to pay an $85 million settlement to defrauded customers and a $92 million penalty to the government.

The Knoxville-based Pilot Flying J changed its name to the Pilot Co. in January. Its travel center network comprises more than 950 locations.