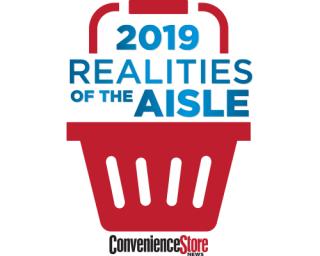 NATIONAL REPORT — Convenience store retailers can rest easy when it comes to evaluating the long-term prospects of their foodservice customers. Not only is the number of c-store shoppers who don't purchase prepared food a minority, but those who do buy it tend to make a habit of doing so.

According to the findings of the 2019 Convenience Store NewsRealities of the Aisle consumer study, 69 percent of the U.S. c-store shoppers surveyed said they purchased prepared food within the last month, compared to just 31 percent who said they did not make such a purchase.

Among those who did not purchase, their chief reasons why were: they didn't plan to do so (44 percent) or they prefer not to buy prepared food at c-stores (44 percent), which indicates that convenience store retailers can still do more to demonstrate they have an enticing offering. Millennials and members of Generation X, as well as health-conscious shoppers, are more likely to point to unappetizing food as a reason for not purchasing.

Shoppers are also generally happy with what they receive, as two-thirds said they were "extremely" or "very" satisfied with their most recent prepared food purchase, while only 3 percent were not satisfied. Additionally, 70 percent of those who identify themselves as health-conscious were extremely or very satisfied, compared to 60 percent of non-health-conscious shoppers.

Sandwiches/deli are the most popular prepared food items at c-stores (29 percent of surveyed shoppers purchased in the past month), followed by pizza, breakfast sandwiches and hot dogs, all at 24 percent, and fresh-baked goods at 20 percent.

Fresh-made items continue to gain ground on products held in refrigerated cases. When considering all their prepared food purchases made in the last month, 41 percent of surveyed shoppers said they bought only made-to-order items, 32 percent bought only grab-and-go products, and 28 percent bought a combination of both. The generation most likely to exclusively purchase made-to-order food is baby boomers, with 48 percent saying they did so.

Notably, despite the fact that only 41 percent report having bought made-to-order food in the last month, 54 percent of all c-store prepared food shoppers say they prefer made-to-order over other options, while 27 percent prefer grab-and-go and 19 percent say they have no preference.

The most important factors for shoppers when purchasing prepared food at convenience stores are price and food quality, cited by 62 percent and 49 percent, respectively. Taste (cited by 42 percent), freshness (38 percent) and convenience/on-the-go (34 percent) round out the top five considerations. Additionally, women are more likely to rate sanitation as being highly important compared to men (32 percent vs. 22 percent).