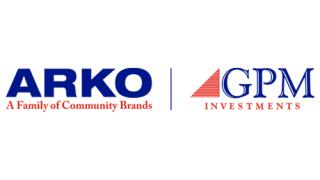 RICHMOND, Va. — ARKO Corp. President, Chairman and CEO Arie Kotler attributes the success of the company's fiscal third quarter to multiple initiatives, a favorable product assortment, and loyalty and marketing programs that are resonating with customers.

For the quarter, same-store merchandise sales, excluding cigarettes, increased 4.3 percent when compared to the third quarter of 2021. The uptick was driven primarily by strong in-store sales of frozen foods, center-store items including sweet and salty snacks, alcohol and other tobacco products. The categories drove merchandise margin to increase an all-time high of 60 basis points, and total merchandise contribution to increase approximately 4.3 percent to $138.9 million when compared to the same quarter of 2021.

During the company's most recent earnings call, Kotler highlighted the three key pillars of ARKO's marketing and store initiatives that have contributed to strong in-store performance. They are:

ARKO invests in the assortment square footage allocated from merchandising and loyalty promotions for these categories.

"The goal is to be the go-to convenience store in our geographic footprint and increase our market share of these in-demand categories," he said.

2. Drive increased frequency and total spend through order-and-delivery, and relevant in-store and in-app personalized deals via the fas REWARDS program.

According to data tracking, when customers enroll in the fas REWARDS program, which has 1.2 million members, ARKO sees incremental month-over-month growth in basket size.

ARKO is currently testing a new loyalty app before a chainwide rollout.

"The new app we launched has a strong enrollment offer to encourage new customers to sign up for great savings," the chief executive said. "We know that when our customers enroll, we have an opportunity to increase their trip frequency and total spend."

ARKO is continuing to expand its pizza offering through Sbarro. During the quarter, the company opened five Sbarro pizza restaurants in remodeled deli areas. Year to date, 13 Sbarro locations have opened, with plans for an additional five locations during the fourth quarter.

Additionally, ARKO has 377 stores with roller grills for hotdogs and tornados; 199 stores that sell pizza by the slice; and 146 stores that offer fried chicken and hot breakfast sandwiches.

"We believe a strong food offering and value proposition can position us to compete even more in food service," Kotler noted.

Total fuel gross profit grew 21.5 percent, or $20.8 million, to $117.5 million and same-store fuel profit increased to $17.8 million year over year. Fuel margins increased 29.9 percent from the comparable quarter in 2021 to 44.8 cents per gallon during the most recent quarter.

Operating expenses were up $20.1 million, or 12.9 percent, vs. the prior year due to incremental expenses related to the Handy Mart acquisition ARKO closed in November 2021, and an increase in expenses at the same-store level, including an increase of $10.3 million, or 17.4 percent, in personnel costs, and $2.8 million, or 13.9 percent increase, in credit card fees.

ARKO continued to execute its systematic growth strategy intended to create long-term shareholder value with two acquisitions announced since the end of the second quarter.

The move expands GPM's footprint to Alabama and Mississippi.

A month later, GPM struck a $230 million deal, plus the value of inventory, for Springfield, Mass.-based Pride Convenience Holdings LLC, operator of 31 c-stores in New England. The acquisition will expand ARKO's footprint into Massachusetts, making it the 34th state in which the company will operate.

"The company's scale and resources allow us to pursue multiple opportunities at one. This is an advantage that we believe enable us to deliver great results for our stockholders," Kotler said. "Investments in well-established chains with brand equity and longstanding ties to their communities are key to our model and performance. … The overall deal pipeline today has many potential acquisitions. We expect to continue executing our acquisition strategy."