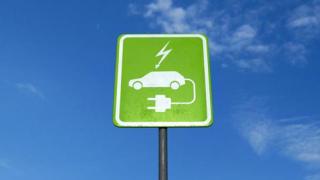 NATIONAL REPORT — Automobile manufacturers are making plans to shift away from traditional gas vehicles and toward electric vehicles (EVs) and plug-in vehicles. In recent weeks, Ford Motor Co. and General Motors both announced new goals and timetables for such changes.

Ford announced on Feb. 17 that its European division will begin phasing out fossil fuel-powered vehicles with the goals of offering only electric and plug-in hybrid models by 2026 and all battery-powered passenger cars by 2030, reported the New York Times. The company cited the European Union's (EU) strict emissions standards as a motivating factor.

In 2020, the EU began penalizing automakers that fail to adhere to limits on carbon dioxide emissions. This pushed them to sell more electric cars in Europe.

While Ford currently makes up just 5 percent of the passenger car market in Europe, it plans to spend $1 billion on upgrades to its primary European plant in Cologne, Germany, in order to manufacture EVs, according to the report. Its first EV model is slated to go into production in 2023 and will use EV technology developed by Volkswagon.

"We are going all in on electric vehicles," said Stuart Rowley, president of Ford of Europe.

Despite this, Ford stated it will continue to sell commercial vehicles with gasoline or diesel engines in Europe for some time, as there will still be demand for conventionally powered vehicles.

General Motors (GM) is also setting a date-based goal to move away from gas-powered vehicles. In late January, the manufacturer announced that it "aspires" to have all global new light-duty vehicles, which includes full-size pickups, and SUVs, be zero-emissions by 2035. It also plans to have its global products and plants to be carbon neutral by 2040, reported the Detroit Free Press.

"By 2040, 100 percent of our portfolio will be fully electric and that's the vision we're setting out," he said.

GM's plans include zero-emissions vehicles offered at a range of prices. It is working with stakeholders, including suppliers and the Environmental Defense Fund, to build charging infrastructure and boost customer acceptance. Because it is using its existing resources to support such changes, it does not expect to eliminate jobs.

In the future, GM predicts that existing gas stations will be convert to charging stations.

The manufacturer also signed the Business Ambition Pledge for 1.5-degree Celsius, joining a global coalition of other business and industry leaders as well as United Nation agencies that seek to protect the environment. Along with the pledge itself, GM is investing $27 billion in electric and autonomous vehicles by 2025.

"General Motors is joining governments and companies around the globe working to establish a safer, greener and better world," said GM CEO Mary Barra. "We encourage others to follow suit."