LONDON — British American Tobacco plc (BAT) will submit an application to the U.S. Food and Drug Administration (FDA) next year to sell its tobacco heating product Glo, according to CEO Nicandro Durante.

Following the late July closing of its acquisition of Reynolds American, BAT will use a "substantial equivalence claim" for its FDA application, stating that Glo is similar to Reynolds' tobacco heating product Revo, which is already available in the United States, reported MarketWatch.

BAT plans to ask the FDA for permission to market Glo using a reduced risk claim in hopes of attracting existing smokers to the product. Competitor Philip Morris International is currently waiting on the FDA's response to its request to sell and market as reduced risk its own heat-not-burn product, Iqos.

Glo and Iqos have captured more than 10 percent of the tobacco market in Japan since Iqos launched in late 2015, likely due to the fact that e-cigarette sales are heavily restricted in that country, making heat-not-burn the only widely available alternative to traditional cigarettes, according to the report.

In markets where vaping is popular, such as Italy and Switzerland, BAT has seen "no success whatsoever" with Glo compared to its results in Japan, Durante said. "Different markets, have different profiles of consumers."

BAT also sells Glo in Canada and plans to launch it soon in South Korea, where consumers' smoking habits are similar to those of the Japanese, Durante said.

BAT has spent $1.5 billion on next generation products over the past six years. Durante stated that while e-cigarettes are currently much more popular than tobacco heated products, they are not yet good enough to become full-time options. Although many smokers use them part of the time, they continue to smoke regular cigarettes as well. 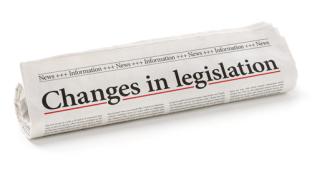