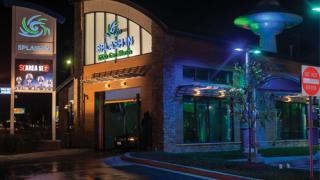 NATIONAL REPORT — Disparate as it sounds, car washes and fountain drinks have a few things in common: both have liquid and bubbles, and both are among the highest margin categories for convenience stores. But while fountain has benefitted from ongoing innovation, car washes have often been left in the doldrums. Now, more c-stores are capitalizing on the value this business can bring.

Many new car washes are opening, with room for additional growth, particularly in higher volume tunnel washes. C-stores are also upgrading equipment to make existing washes faster and more efficient and to broaden services. Buildings are getting makeovers, with multicolored lights and scented soaps enhancing the experience. Technology is a bigger focus, including RFID-enabled and other subscription services, license plate readers, digital payments, and app- and pump-based promotions.

The goal is to make car washes more attractive and convenient while driving more traffic and boosting transaction sizes. The latter can reach $25 or so when high-end waxes, tire shines and other extras are included. According to the International Car Wash Association, North American car washes generate about $15 billion annually.

"Car wash technology has improved dramatically," said Mike Mulhern, director of operations at La Plata, Md.-based Splash In ECO Car Wash, which operates at about 50 Dash In c-stores. "Equipment is better and smarter, with everyone moving away from labor through technology. Companies that have invested in machines and buildings have done well. Most markets are underserved, with many new washes opening. It's a gold rush." 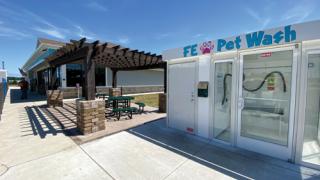 Family Express Corp. has made significant car wash investments, replacing 75 percent of its platforms over the last 2.5 years. The convenience store chain operates car washes at 31 of its 81 Indiana stores.

The retailer increased water pressure from 100 to 300 psi for a "more substantial wash," and added dryers that "don't intimidate customers," said Gus Olympidis, president of Valparaiso, Ind.-based Family Express. "We used to have dryers that came down over the hood and windshield."

Since winter ice is problematic in the Midwest where Family Express operates, hydraulic bi-fold doors were replaced with electric ones. Ten locations also have pet washes.

Car wash tunnels are another way c-stores are investing more in this business. While they cost 5 percent to 10 percent more to erect than traditional in-bays and require staffing and space, tunnels wash vehicles in 90 seconds; rollovers require up to seven minutes.

By using a chain system, they can accommodate multiple vehicles simultaneously. Tunnels also can accommodate more services. In-bay washes generates about $100 per hour, whereas tunnels can make $1,000 per hour, noted Tim Hogue, CEO and senior designer at Modernwash, based in Bowling Green, Ky. "The chain determines where vehicles are in the process. It's more efficient," he said.

Eddy Alvarez, senior operations manager at Miami-based Sunshine Gasoline Distributors, said the investment in tunnels is worth it. "We recoup the cost in revenue and pricing," he noted.

Two years ago, the retailer began tests with a vendor that offers "more bells and whistles." Changes have included installation of organic brushes in Loop's signature colors.

Splash In has 49 in-bay automatic car washes and one tunnel. In-bays use sonar technology to locate cars' front and back ends. The tunnel wash offers tire shining and automatic floor mat cleaning. A small store inside the tunnel wash sells car accessories. Vacuums are free.

Splash In is building a second tunnel with free air. A device on the air pump can be used in tandem with the vacuum to clean debris out of a vehicle's interior crevices, said Mulhern.

The company's new locations use license plate scanning recognition of members' vehicles. This lets Victron Energy obtain motor vehicle data on consumers and use it for marketing. Older locations use RFID. The retailer is also developing backend software that will let customers purchase subscriptions at its fuel pumps.

Victron Energy promotes washes via discounts at its pumps and with foodservice. At one location, car wash members receive 25 percent off Sonic beverages all the time. Customers at sites with barbecue restaurants receive discounts, too.

Family Express has a robust subscription program that it "wants to take to another level," according to Olympidis. Working with subscription partner Mosaic, it hopes to bypass car wash kiosks with mobile wallets and geofencing.

Splash In has been using RFID for five years at several sites. But it is expensive. "Adding it to all 50 car wash locations would cost $500,000," said Mulhern. So, Splash In is developing an app including its car washes and Dash In stores. "Going directly to the app is essentially free," he said. "Consumers can buy everything, and we can collect data to cross-promote."

At Loop Neighborhood, Pir wants to add subscriptions to Loop's app. "We're figuring this out and are about two months out," he reported. He also hopes to create silver, gold and platinum memberships based on the pricing of car wash packages and in-store spending.

Loop Neighborhood recently joined forces with a gamification company to develop traffic-driving promotions. People playing on the gaming platform will be able to buy free car washes or other merchandise with tokens. A link will explain the redemption process. "It will drive gamers to stores," said Pir. The launch was slated for September.