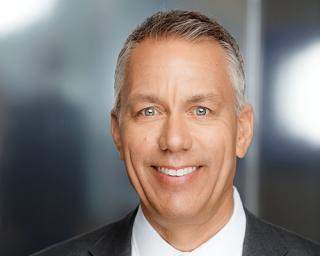 Rebelez, along with the 2020 inductees into the CSNews Hall of Fame — Greg Parker, founder and CEO of Parker’s, and Dave Onorato, vice president, general manager, small-format stores for The Hershey Co. — will be honored Nov. 4 at a banquet held in Savannah, Ga. The Hall of Fame honors pioneers and innovators for their lifetime of service to the c-store industry, while the Retailer Executive of the Year award recognizes a current leader for recent accomplishments.

Rebelez took the reins as the new president and CEO of Casey’s in June 2019. Casey’s is a Fortune 500 company operating more than 2,200 convenience stores in 16 states. As chief executive of the fourth largest convenience retailer and fifth largest pizza chain in the U.S., Rebelez has brought a wealth of experience from his career as a senior executive in the convenience, restaurant and fuel industries.

Under his guidance, Casey’s has maintained a steady pace of expansion through both new builds and acquisitions, with an ambitious plan to add 350 new convenience stores to its network by 2023. At the same time, Casey’s has been undergoing a major digital transformation, which includes a new website and native mobile app that facilitates ordering ahead and delivery.

Casey’s also revamped customer relationship management and marketing automation capabilities, and launched its first digital loyalty program, Casey’s Rewards. Debuting in January, Casey’s Rewards quickly hit the 2-million member mark in just a couple of months. Part of the Casey’s Rewards platform is a Cash for Classrooms program in which guests have the opportunity to select the local school of their choice for a chance to receive a donation.

In the midst of the COVID-19 crisis, Casey’s took fast action to reduce contact to keep its customers and team members safe, including the introduction of contactless delivery, pay ahead for carryout, and low-contact checkout. Casey’s was also one of the first c-store retailers to give its full-time and part-time store employees an additional $2 per hour during the pandemic.

On the community service front, Casey’s recently partnered with Feeding America to help provide meals to school-aged children and their families at risk due to the coronavirus. This week, the retailer launched a half-million-dollar program to support 52 food banks across its 16-state footprint.

Prior to Casey’s, Rebelez served as president of IHOP Restaurants, a unit of Dine Brands Global Inc., which franchises and operates restaurants under the Applebee’s Grill & Bar and IHOP brands. He also previously worked at 7-Eleven Inc. as executive vice president and chief operating officer. Prior to 7-Eleven, he held numerous leadership roles within ExxonMobil and, before that, Thornton Oil Corp.

Rebelez is a Gulf War veteran and served as an Army Ranger. A native of San Diego, he is a graduate of the U.S. Military Academy at West Point, where he earned a bachelor of science degree in Foreign Area Studies. He went on to earn an MBA from the University of Houston.

In addition to his role at Casey’s, Rebelez serves on the board of directors of Globe Life Inc., and as an advisory board member for the Children of Fallen Patriots Foundation.