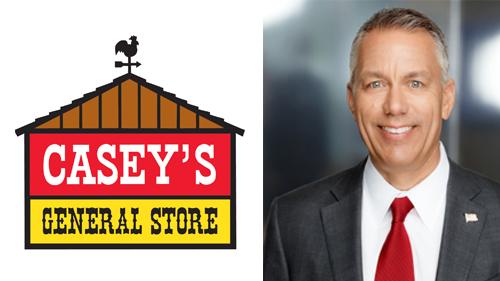 ANKENY, Iowa — As President and CEO Darren Rebelez put it, the fourth quarter of Casey's General Stores Inc.'s 2020 fiscal year was "a tale of two periods within the quarter."

"We started the quarter with strong momentum as many of our strategic initiatives were gaining traction. This momentum continued and actually accelerated in the first two weeks of March with inside same-store sales up in the mid-single digits, and same-store gallons up in the low-single digits — excluding the extra day for leap year," he explained during the company's earnings call on June 9.

"However, as COVID-19 restrictions became more prevalent starting in the middle of March, we began to experience a rapid decline in our guest traffic, resulting in compression of our same-store sales," he continued.

That compression had the most impact during April, as seen by that month's results in same-store sales:

"Since the middle of April, we have seen a steady improvement in comps across our business as these adjustments gain traction, weather improves, and state and local restrictions ease," Rebelez reported.

Navigating through the pandemic, Casey's has repeatedly stated that its top priority is, and always has been, the health and well-being of its team members, guests, and the communities the company serves.

As a result, Casey's implemented the following changes across the company during the fourth quarter in response to COVID-19:

"We've also recognized the increased need in our communities during this crisis. With our communities facing new challenges as the result of the coronavirus, we've identified two significant ways to make an immediate impact for our neighbors," Rebelez said.

Casey's launched the Slice of Thanks program to recognize and show gratitude to essential workers during the crisis. Since April, its team members and the company's partners have donated nearly 15,000 slices of pizza to health care workers and first responders.

Then in May, the convenience retailer announced a partnership with Feeding America that focuses on making an impact specifically in its communities through local food banks. "Through this partnership, we aim to make a positive impact on hunger needs of children and families in rural communities," Rebelez said.

The chief executive thanked Casey's team members for their efforts during the crisis.

"This is, arguably, one of the most challenging environments our industry has ever faced and I couldn’t be more proud of the way our team has responded," he said. "I would also be remiss in not recognizing the tremendous efforts of all the everyday heroes across our country, especially the medical professionals. We are very grateful for everything they do for our communities."