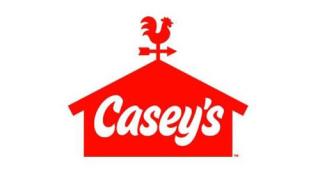 ANKENY, Iowa — Despite a global pandemic and the challenges it has brought, Casey's General Stores Inc. continues to move the needle on its strategic plan.

Launched in January 2020, the three pillars of Casey's strategic plan are to reinvent the guest experience, create capacities through efficiencies, and be where the guest is through unit growth.

"All of this is going to be driven by an investment in talent, strengthening the team, and adding capabilities to the business," Casey's President and CEO Darren Rebelez reiterated during the company's second-quarter earnings call for its 2022 fiscal year, held Dec. 8.

With recent large acquisitions completed — a total of 144 convenience stores between its Buchanan Energy and Circle K deals — and the pending acquisition of 40 Pilot locations from Pilot Co. for $220 million, Casey's is making good on its goal to boost its network.

"On the horizon is the pending Pilot acquisition. We see the Knoxville, Tenn., market as a strategic fit within our existing distribution network and it is an attractive midsized market that we expect our prepared foods to do well in," he added. "It also gives us immediate scale in Knoxville and expands our footprint in Tennessee. Overall, we are extremely excited about the potential for these stores."

Casey's also has been busy integrating its acquisition of Bucky's c-stores since the transaction closed in May 2021. The company has completed 28 remodels and has 10 remodels in progress. Casey's plans to have all the Bucky's stores moved to its supply chain network by the end of the 2021 calendar year.

As for reinventing the guest experience, Rebelez pointed out that this initiative has performed better than expected. During the second quarter of fiscal 2022, the retailer launched a new breakfast lineup highlighted by a signature handheld sandwich and a fresh-brewed bean to cup coffee program.

Digital engagement also remains among the top priorities in this initiative. Casey's digital sales were up 10 percent in its latest quarter. That's on top of a 120-percent increase seen in the same quarter last year, the CEO noted.

Additionally, the retailer uses its own delivery drivers at 435 stores, and offers in-store and curbside pickup at more than 2,200 stores.

Casey's Rewards enrollment pushed passed 4.2 million members in October 2021, and the retailer's mobile app generates more order revenue than any other avenue, including phone orders, according to Rebelez.

The company is continuing to grow segment and marketing initiatives by offering personalized offers to its loyalty members. It also has begun to segment content by daypart on both its website and app to improve relevance.

"We believe these shifts will result in a more engaged guest," the chief executive said.

Turning to its investment in talent, the company has been able to make progress in staffing its stores as the federal unemployment funds expired.

"We will remain competitive in the market with respect to pay to adequately staff our stores, so we can deliver the exceptional experience our guests have come to expect from Casey's," Rebelez said, noting that the company continues to offer employee vaccine incentives.

As of the end of the second quarter on Oct. 31, Ankeny-based Casey's operated 2,380 convenience stores.