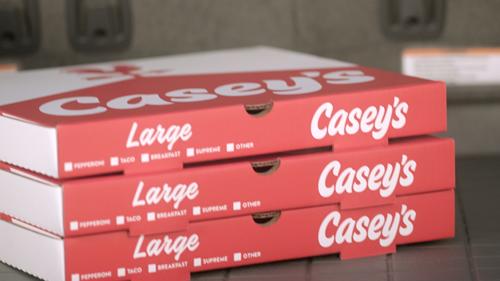 ANKENY, Iowa — With Casey's General Stores Inc.'s latest acquisition, more customers in the Midwest will have the opportunity to taste the retailer's famous pizza.

The transaction, which is expected to be completed by the end of 2020, will bring Casey's network count to more than 2,300 stores, as Convenience Store News previously reported.

Noting that there are synergies between the companies across the board, Casey's President and CEO Darren Rebelez said the biggest opportunity lies in prepared food.

"The mix of prepared food for Bucky's is about 7 percent vs. our 31 percent, so there is a significant opportunity to add that capability," he explained during a company call on Nov. 9. "These are already high-volume stores on the grocery and other merchandise side of the ledger. The prepared food business would be a truly incremental add."

Some Bucky's locations have kitchens already — although Casey's may have "to make some tweaks to equipment" — while other locations are smaller and may need some more work. Casey's has capital set aside to "make all of this happen," Rebelez said.

Any store that Casey's remodels and adds its pizza program to will be rebranded Casey's.

"We will not rebrand anything Casey's unless it has our full complement of our assortment, including our prepared foods," Rebelez said.

Casey's expects to realize approximately $23 million in synergies from the transaction by the third year, according to Chief Financial Officer Steve Bramlage.

These synergies, he explained, will come primarily from four areas:

The transaction is expected to provide "substantial, incremental and accretive EBITDA and earnings per share for Casey's, and is expected to generate returns on our investment well in excess of our cost of capital," Bramlage noted.

The acquisition is expected to be accretive to Casey's EBITDA by the fourth quarter of its 2021 fiscal year, and to earnings per share in fiscal 2022.