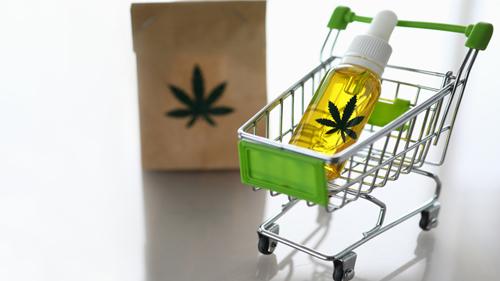 NATIONAL REPORT — The CBD category faced challenges throughout 2020, but that could all change in the coming 12 to 24 months.

Presenting an education session entitled "CBD & Cannabis: The State of the Industry" during the recent 2021 Convenience Distribution Marketplace Virtual event, Don Burke, senior vice president of Management Science Associates Inc. (MSA), predicted that 2022 will be the year of growth for the CBD category.

According to Burke, Google searches paint a picture of what consumers are thinking about when it comes to CBD. At the beginning of the pandemic, there was a decline in Google searches for CBD and vape/e-cigarettes. Searches for vape and electronic cigarettes actually started to decline in late 2019 following the illegal THC vaping crisis, Burke noted, "which had an impact on the entire industry and really turned quite a few people off."

CBD searches followed a similar path as vape, never really picking back up in 2020 or heading into 2021, according to Burke, who noted that searches for THC, however, have ticked up.

"Since the beginning of the pandemic, cannabis has been improving in sales and with people working from home and being at home … we are actually finding that THC has been increasing," Burke explained. "The cannabis industry has done well in 2020 ... and will likely continue — and possibly level off — until the living situation and the economy is back to more normal-type times."

"The typical convenience store shopper is also typically a CBD user," Burke pointed out, adding that even better news for the convenience channel is that CBD users are two to three times more likely to use tobacco than the general population.

Data also shows that roughly 22 percent of people have tried over-the-counter CBD, with 10 percent currently using it. Additionally, 61 percent of users buy CBD product at least once a month.

"These are not bad figures for the amount of spending that goes against a CBD purchase," Burke said. "We consider this also an encouraging result and the reason for [why] when we return to normal times, CBD should be a strong contributor to convenience store sales."

In early 2019, only about half of the distributors in the convenience channel reported carrying a CBD product, according to data tracked by MSA. By December 2020, that number had jumped to 85 percent. As for manufacturer growth, 75 percent are now working within the CBD category, Burke cited.

"It really has been the Wild, Wild West. Typically within the CBD category today, it is still mostly smaller, upstart-type manufacturers that are selling these items," he said.

"It is a very dynamic marketplace in terms of the manufacturer. Who is gaining share? Who is losing share? It makes it very difficult for the distributors and retailers right now to figure out who they should be carrying," he continued.

Given the spread of COVID-19 throughout 2020, convenience store retailers did not enter the CBD space as much as they did in 2019.

Dollar and unit sales in the category picked up "quite considerably" up until about mid-2019, Burke said, with a significant drop seen at the end of the year — largely impacted by the illegal THC vaping crisis.

However, similar to tobacco, consumers began to load up on CBD products shortly after the pandemic hit, as they became concerned about being able to get the products as readily as they did in the past. This pantry-load of CBD items was then followed by a drop in sales, according to Burke.

"As the pandemic hit and had its impact on the economy — consumers did not have as much money, and the second stimulus check was very late in coming — it really impacted sales of CBD, and still CBD has not recovered in the convenience category in either units or dollars," he said.

MSA, however, anticipates that the downward trend will improve and at least resume back to 2019 levels as the nation moves through 2021 and into 2022, and puts the pandemic behind them.

Presented by the Convenience Distribution Association (CDA), the 2021 Convenience Distribution Marketplace Virtual was held Feb. 15-17. As the only national conference and trade show dedicated to convenience wholesalers, the program provided attendees with a number of insightful and inspiring keynotes and sessions, along with networking and business-building opportunities.