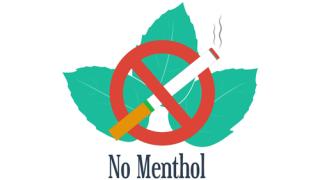 SACRAMENTO — California's ban on the sale of flavored tobacco products is set to go in effect on Jan. 1, but one group is fighting to bring the issue to the voters.

On Nov. 24, the California Coalition for Fairness said it submitted more than 1 million signatures from registered voters in a bid to get a veto referendum to overturn the legislation, SB 793, onto the November 2022 ballot.

The petition needs 623,212 signatures to get the referendum on the ballot.

California legislators approved the flavor ban — which included menthol — this summer with the California Senate voting 34-0 in favor of the move and the California Assembly voting 58-1. Gov. Gavin Newsom signed the measure into law on Aug. 28, as Convenience Store News previously reported.

"In the midst of an unprecedented pandemic, raging wildfires, heatwaves and power outages across the state, more than 1 million Californians signed petitions for the right to have their voice heard on an unfair law that benefits the wealthy and special interests while costing jobs and cutting funding for education and healthcare," the coalition said in a statement.

"Banning the sale of FDA-authorized alternatives to adult cigarette smokers will cause serious and lasting damage to tobacco harm reduction goals and potentially increase California's rising budget deficit during COVID-19," it added. "SB 793 criminalizes the sale of menthol cigarettes preferred by people of color and creates special exemptions for products preferred by the wealthy — allowing the sale of expensive flavored cigars and pipe tobacco, in addition to hookah, to remain legal."

If the Secretary of State's office determines there is a sufficient number of signatures to qualify the referendum, implementation of the law will be suspended pending the 2022 vote, the Los Angeles Times reported.

According to the news outlet, the coalition has received more than $21 million, mostly from companies including Philip Morris USA and its affiliated U.S. Smokeless Tobacco Co., as well as R.J. Reynolds Tobacco Co.

In addition to the referendum push, the tobacco industry filed a federal lawsuit against the state, seeking an injunction to block the new law, arguing it is "an overbroad reaction to legitimate public-health concerns about youth use of tobacco products, the Los Angeles Times added.

A court hearing on the lawsuit is scheduled for Dec. 10.