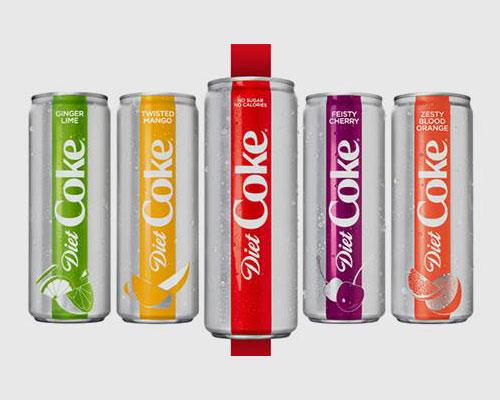 ATLANTA — The Coca-Cola Co. CEO James Quincey says that the company’s future may not depend so much on its classic soda brands and more on other beverages like water, juices and teas.

“What's got us to 130 years of success is not going to take us on the next 130 years," he told Poppy Harlow of CNN. "As the world develops, as economies grow, as the world organizes, people still want to enjoy beverages. Actually, each year, they spend more on beverages, but they want choice.”

Quincey — who took over as CEO last May from long-time executive Muhtar Kent — said Coke needs to be more innovative and avoid complacency, even if that means missing the mark.

"We've got to try things. Not all of them will work. We don't need to get too upset when we have failures. We need to learn, move on, and reinvent," the CEO explained.

Quincey said Coke may even start to look more like a technology company in some respects. Products need to get to market faster and tweaked after the fact so they get better.

"We've got to experiment, which means learning from the tech industry, the 1.0, the 2.0, the 3.0. Don't make it perfect, get something out there, learn, and make it better," Quincey said.

According to the news outlet, it’s evident that Wall Street wants Coke to shake things up and experiment, as the stock has lagged behind its rivals PepsiCo and Dr Pepper Snapple Group. Pepsi owns snack food giant Frito-Lay and cereal and oatmeal maker Quaker. Dr Pepper Snapple has recently announced it will sell to coffee giant Keurig Green Mountain. Prior to the sale, it acquired antioxidant beverage maker Bai Brands.

The Coca-Cola Co. has made steps to move beyond soda. It is one of the biggest makers of bottled water with its Dasani brand, and 10 years ago, it bought vitaminwater maker Glaceau for more than $4 billion. More recently, the company acquired sparkling water maker Topo Chico in a move that will position it to better take on the popular LaCroix brand owned by National Beverage, CNN reported.

Quincey hinted that Coke is willing to pursue more acquisitions, however did not disclose whether or not the company would enter into food like Pepsi or alcoholic beverages. “Never say never,” he commented.

The CEO said the company is still remaining focused on innovation with soda, evidenced by the announcement of Diet Coke’s biggest product and marketing makeover in its history. After 35 years, the zero-calorie beverage brand updated its look with sleek new packaging, debuted four bold flavors, and released a new campaign. The Coca-Cola Co. is re-energizing and modernizing Diet Coke for a new generation of drinkers, as CSNews Online previously reported.

The beverage giant has also released a new version of Coke Zero, which has been rebranded as Coke Zero Sugar.

"We're really getting traction globally around some of the reformulations, so that people can enjoy the drinks that they love, but without sugar," Quincey explained, adding that Coke is also experimenting with smaller packaging sizes for its sugary beverages to reduce the number of calories in each drink.

Despite all these changes, Quincey said the company isn't going to abandon its namesake product anytime soon, CNN reported.

"I don't think there'll be a day without Coke. The world would be a smaller and somewhat sadder place if there were no Cokes," the CEO commented.