ATLANTA — The Coca-Cola Co. is transforming its approach to packaging, with a global goal to help collect and recycle the equivalent of 100 percent of its packaging by 2030.

This goal is the centerpiece of the company's new packaging vision for a World Without Waste, which the Coca-Cola system will support with a multi-year investment that includes ongoing work to make packaging 100-percent recyclable.

"The world has a packaging problem — and, like all companies, we have a responsibility to help solve it," said James Quincey, president and CEO of The Coca-Cola Co. "Through our World Without Waste vision, we are investing in our planet and our packaging to help make this problem a thing of the past."

The company and its bottling partners are pursuing several key goals, like:

Investing in the Planet

By 2030, for every bottle or can the Coca-Cola system sells globally, the company will aim to help take one back so it has more than one life. The company is investing its marketing dollars and skills behind this 100-percent collection goal to help people understand what, how and where to recycle.

According to Coca-Cola, it will support collection of packaging across the industry, including bottles and cans from other companies. The Coca-Cola system will work with local communities, industry partners, our customers, and consumers to help address issues like packaging litter and marine debris.

To achieve its collection goal, Coca-Cola is continuing to work toward making all of its packaging 100-percent recyclable globally. The company is building better bottles through more recycled content, by developing plant-based resins, or by reducing the amount of plastic in each container.

By 2030, the Coca-Cola system also aims to make bottles with an average of 50-percent recycled content. The goal is to set a new global standard for beverage packaging. Currently, the majority of the company's packaging is recyclable.

According to Coca-Cola, World Without Waste is the next step in the company's ongoing sustainability efforts, building off success in replenishing an estimated 100 percent of the water it uses in its final beverages.

The company achieved and exceeded its water replenishment goal in 2015, five years ahead of expectations. These efforts are part of the company's larger strategy to grow with conscience, by becoming a total beverage company that grows the right way, it explained.

"Bottles and cans shouldn't harm our planet, and a litter-free world is possible," Quincey said. "Companies like ours must be leaders. Consumers around the world care about our planet, and they want and expect companies to take action. That's exactly what we're going to do, and we invite others to join us on this critical journey."

Coca-Cola will also launch efforts with new partners at the regional and local level and plans to work with its key customers to help motivate consumers to recycle more packaging.

Atlanta-based The Coca-Cola Co. is the world's largest total beverage company, offering more than 500 brands to people in more than 200 countries. 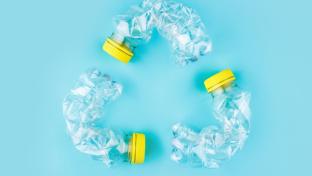 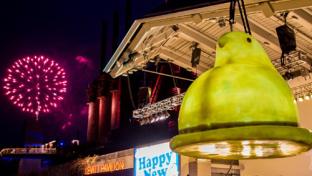