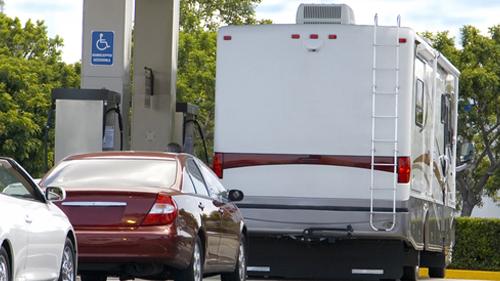 NATIONAL REPORT — Hurricane Ida hit Louisiana on Sunday afternoon as a Category 4 storm, bringing heavy winds and rain, and the shutdown of some fuel supply lines.

As the storm made landfall on Aug. 29, the Colonial Pipeline temporarily shutdown Lines 1 and 2, from Houston, Texas, to Greensboro, N.C., "as a precautionary and routine safety measure."

According to the Atlanta-based company, fuel supply continued to be available throughout the Southeast from the numerous terminals located along the supply route. Lines 3 and 4, which service the northeast from Greensboro to Linden, N.J., continued to operate as normal.

"Our thoughts and prayers are with our neighbors and colleagues across the southern coastline impacted by this extreme weather event," said Wes Dunbar, vice president of operations for Colonial Pipeline. ​"As part of our weather preparedness and response plans, we have procedures in place to ensure the safety, protection and integrity of our pipeline and our assets — including proactively shutting down our lines when necessary."

In its latest report on Aug. 30, AAA noted that gas prices ticked up a penny to $3.15 Monday morning, following Hurricane Ida. The national gas price average had decreased 2 cents as of Sunday, Aug. 29 — which was the cheapest price since early July.

According to the association, the storm has left more than 1 million people in Louisiana and Mississippi without power and has likely taken about 13 percent of U.S. refining capacity offline. There were nine oil refineries in Ida's path; at least four were believed to have shut down operations ahead of the storm.

"Until the power is restored, it's too early to know the full impact of any damage Ida caused on the oil and gas industry, but motorists regionally can expect price fluctuations leading into Labor Day weekend," said Jeanette McGee, AAA spokesperson. "Typically, a Category 4 storm could mean three-plus weeks before refineries are back to normal operations, while offshore production is more likely to resume this week."

As for the Colonial Pipeline pause, AAA said gas prices nationally, especially in the Southeast and East Coast, will see minimal impact at the pump if the pipeline is down for a matter of hours vs. days.

Prepping for the Storm

Residents across Louisiana and Mississippi began to stock up at local stores and form lines at gas stations days before Hurricane Ida hit the United States.

The Sun Herald reported several gas stations in southern Mississippi ran out of gas on Friday, Aug. 27, and stores in the New Orleans area were running low on supplies over the weekend, according to The Wall Street Journal.

Louisiana Gov. John Bel Edwards said damage to the power grid appeared "catastrophic." Officials warned it could be weeks before power is fully restored, according to The Associated Press. As of mid-Monday, there was one confirmed death in the state attributed to the storm.

A spokesperson for the governor said that given the level of destruction, "We're going to have many more confirmed fatalities."

On Sunday, President Biden approved a Presidential Major Disaster Declaration for Louisiana due to the severe impact of Hurricane Ida. The storm hit the New Orleans area 16 years to the day after Hurricane Katrina came on land as a Category 3.