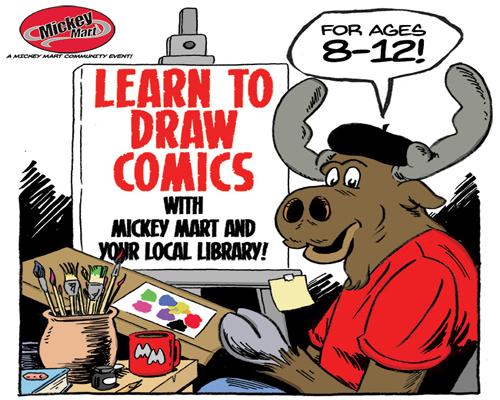 This past holiday season, GPM Investments kicked off its "Tis the Season for Giving" holiday campaign to support the Muscular Dystrophy Association (MDA). From Dec. 1 to 31, GPM's convenience stores sold MDA holiday pinups for $1 and invited guests to round up their purchase to the nearest whole dollar.

"We're honored to work together in our communities during the holiday season to help support MDA services, fund research and care for people living with muscle disease in the communities where we operate," said Arie Kotler, CEO. "For more than 6 years, GPM Investments and the 1,400 convenience stores it operates under its brand names, associates, and customers have made the holidays a season of giving back through our holiday campaign to raise vital funds for individuals and families living with neuromuscular diseases in our communities."

GPM Investment has contributed more than $1.2 million since 2012 in support of MDA.

Iowa drivers raised more than $20,000 for breast cancer research and support services during the fourth annual Pink at the Pump campaign, co-sponsored by the Iowa Renewable Fuels Association (IRFA) and Iowa Corn Promotion Board (ICPM).

Seventy-four retail stations donated 3 cents of every gallon of Unleaded 88 sold from Oct. 1 through Oct. 31 to National Breast Cancer Foundation (NBCF) and The Hormel Institute.

"We are thrilled that this year's Pink at the Pump campaign featured a record number of participating stations and raised a record-breaking amount of funds for such a worthwhile cause," said IRFA Communications Director Cassidy Walter. "Pink at the Pump is an exciting promotion because not only does it support such important research and services, but it shines a light on the fact that biofuel blends like Unleaded 88 are reducing the amount of toxic emissions coming out of our tailpipe and helping keep our air cleaner and healthier to breathe."

Milan, Ohio-based Mickey Mart is teaming up with libraries across its operating footprint in the state for the How to Draw Comics program, which is comprised of two classes: a Character Drawing track for ages 8 to 12, and a Comic Creation track for ages 12-17.

Mirabito presented more than $100,000 in donations to local charities through a culmination of events and programs, including:

Additionally, Mirabito rewarded one customer gas for a year. Pat Nelson received 52 Mirabito gift cards valued at $60 totaling $3,120. She is the six winner of the "Free Gas for a Year" contest, which typically runs from June through October of each year.

Rutter's ended 2019 with more than $1.1 million in charitable donations. The convenience retailer holds several fundraising events and programs throughout the year, such as:

These fundraising dollars, along with Rutter's corporate charitable contributions, are used to help local charities with specific needs or projects throughout the year. In addition, the c-store retailer holds grand opening events at all new store locations, featuring a donation ceremony and check presentation to local non-profit businesses including police departments, fire departments, food banks and youth programs.

S&D Coffee & Tea released its 2019 Sustainability Report, Rooted in Impact, summarizing efforts and progress made throughout 2017 and 2018. Measurable impacts highlighted in the report include:

The complete report can be found here.

"The American Cancer Society is a cause that hits close to home, as I am a cancer survivor myself," Spinks said. "I am so proud of both our Spinx team, and our selfless customers for their generosity and dedication to the American Cancer Society for the 11th year in a row. The Spinx Co. is honored to support their mission and its efforts in education, treatment, and research to discover more successful treatments, and ultimately a cure for cancer."

To celebrate Childhood Cancer Awareness Month this past September, Stripes raised more than $720,000 through its annual store campaign, Stripes Stores Celebrates Tomorrows. From Sept. 3 through Oct. 7, the in-store campaign raised funds $1 at a time at its Texas and Louisiana locations.

"On behalf of our team members and generous customers, we are honored to present Texas MD Anderson Children's Cancer Hospital with a check for $720,654 on Giving Tuesday. These funds were collected in our stores during our September in-store campaign, celebrating Childhood Cancer Awareness Month," stated Brad Williams, senior vice president, 7-Eleven, Inc. (Stripes Stores). "These funds will continue to support MD Anderson’s Children’s Cancer Hospital with breakthrough cancer research and programs for children and adolescents diagnosed with cancer."

Since 2014, Stripes stores have raised funds for MD Anderson Children's Cancer Hospital, donating nearly $6 million. This year's funds will support new immune therapies for certain types of pediatric cancers, week-long camps that enable kids to be kids despite their cancer diagnosis, as well as the Pediatric Education and Creative Arts Program, which features an accredited K-12 on-site school.