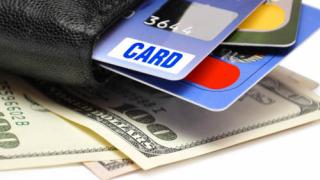 HOUSTON — For all the talk of the future of payments, consumers still like the idea of paper or plastic.

According to the Cardtronics Health of Cash survey, consumers are adding digital payment options but they haven't given up cash — they just want a choice.

The 2017 Health of Cash Study, in a wide range of payment scenarios, found that consumers continue to value choice in their payment and spending options, and continue to use cash as part of their broader payment mix.

The Health of Cash survey tracks consumer payment behavior both in terms of which payment methods people have used in the past six months, as well as which is their most preferred.

In both cases, according to Cardtronics, the data found that cash usage is deeply woven into the fabric of U.S. consumers' payment behavior.

Specifically, the survey found that the percent of the population using each payment type for either purchases or person-to-person (P2P) payments in the last six months broke out as:

When asked about their most preference payment method, consumers chose cash as their second most-preferred method at 27 percent, just behind debit cards at 33 percent.

Credit cards, digital and checks rounded out the list with 22 percent, 15 percent, and 3 percent, respectively.

According to Cardtronics, consumers want their preferred payment method to be convenient and easy to use. They feel most payment methods deliver on those attributes, but to varying degrees.

However, when asked to choose which payment method best delivers the benefits of convenience and ease-of-use, consumers (38 percent and 44 percent, respectively) chose cash.

"After convenience, people continue to be highly concerned about payment safety, with 84 percent describing themselves as worried about data security," said Tom Pierce, chief marketing officer, Cardtronics. "Cash is once again identified as best, this time by 48 percent of survey respondents asked to choose the safest way to pay. And when the attribute is privacy, cash wins again, with 60 percent of consumers, a clear majority selecting cash as the top choice."

The Health of Cash survey also found that among all consumers, 85 percent always try to keep cash on hand, and two-thirds say they feel nervous when they don't have cash with them; 70 percent of millennials agree with this.

The 2017 survey results also make clear cash's durable stronghold when it comes to consumers' P2P payments among family and friends. Despite increasing usage of P2P payment apps (bank and non-bank), cash remains the most commonly used payment method for paying people back.

Cash also continues to resonate with consumers when making smaller, low-value purchases. According to Cardtronics, the vast majority (82 percent) of people agree that they use cash for smaller items while they use other payment options for larger, more expensive items.

IT'S ALL ABOUT CHOICE

"The notion that consumers want to be limited to cashless payments, or that digital payments are overtaking cash is not consistent with consumer behavior," said Brian Bailey, Cardtronics managing director – North America. "The 2017 Health of Cash Study proves that consumers like and demand choice when they pay — with 90 percent using at least two payment methods a month, and 66 percent using three — making a cashless society contrary to the will of the people."

Based on the survey results, provided consumers have the freedom to choose, the rise of digital payments seems unlikely to break a consumer's bond with cash, the company explained.

The 2017 Health of Cash Study found that 89 percent of people like having the ability to use a variety of payment methods, and 82 percent of consumers would miss cash if it went away.

The overall desire for choice is reflected in consumers' feelings toward cashless establishments. Across all consumers, 61 percent said they get upset when establishments don't accept cash, regardless of their payment preference, and 66 percent think payment technology is moving too fast toward digital payments.

According to Cardtronics, millennials appear to drive both the growth of cashless digital and the health of cash. When comparing millennials to the broader consumer segment, they are more likely to have used both non-bank P2P apps (42 percent vs. 33 percent) and bank P2P services (27 percent vs. 16 percent).

In addition, millennials are more likely to have used cash (67 percent vs. 62 percent) for P2P payments.

In their response to the "most preferred payment method" question, millennials' top choice was cash (29 percent), followed in a close grouping by debit card (26 percent), digital (25 percent), then credit card (17 percent) and finally checks (3 percent).

Houston-based Cardtronics partnered with Edelman Intelligence, an independent market research company, to conduct the Health of Cash Study, based on a nationally representative survey of 1,000 U.S. adults. Now in its third year, the Health of Cash research program is an annual examination of consumer payments behavior in America.