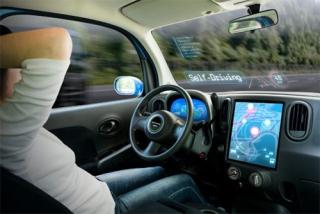 NEW YORK — More than half of consumers will look at in-vehicle technologies when shopping for their next car.

Research and analytics firm GfK's automotive team presented new findings on consumers' interest in and concerns about the latest such technologies at the 2019 Consumer Electronics Show, held Jan. 6-9 in Las Vegas.

GfK's syndicated Automobility research shows that in the United States, 55 percent of those who plan to buy a new car, or "auto intenders," say their selection will be influenced by technologies included in the car. Nearly six in 10 buyers (58 percent) say integration with personal assistant capabilities, such as Amazon Alexa and Google Home, will specifically factor into their choice.

The technology categories that hold the greatest appeal for auto intenders are:

Research from MRI found that nine in 10 Americans say they trust their own driving skills and judgment more than a computer's, while GfK's Automobility studies show that just 30 percent of auto intenders are comfortable with a high level autonomy — in which technology can take over all driving — while 61 percent can accept a modest level of self-driving.

Auto intenders from Generation Y, or those aged 23-41, are generally more comfortable with autonomous car features, GfK found. Fifty-five percent say they would be comfortable with a high level of autonomy, while 61 percent can accept a modest level of self-driving.

Overall, more than three quarters of auto intenders (76 percent) say they are slightly or very worried about vehicle hacking, with 35 percent expressing the highest level of concern.