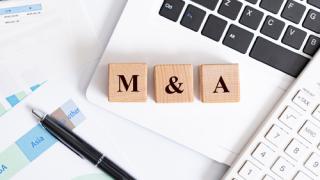 NATIONAL REPORT — Over the past few years, several headline-grabbing deals have shaken up the U.S. convenience channel. Irving, Texas-based 7-Eleven Inc.'s $21 billion deal with Findlay, Ohio-based Marathon Petroleum Corp. (MPC) for Enon, Ohio-based Speedway LLC in 2021 was the latest to hit the industry.

Looking at these deals, is it any wonder that the 2022 Convenience Store News Top 100 report looks the way it does?

With the top 10 remaining relatively unchanged year over year, save for Murphy USA jumping into the No. 6 spot, merger and acquisition (M&A) experts are not surprised.

"Although there was a flurry of acquisition deals in the fourth quarter of 2021 — I think 14 or so, including two of our own — the store counts were generally smaller and not quantum leaps," said Ken Shriber, managing director and CEO of Petroleum Equity Group.

Larger chains are "taking a breather," according to Shriber. "The activity level will continue through 2022, but with smaller deals — 50-store portfolios or less," he predicts.

Larger companies that contemplated selling have already done so over the past couple of years, added Dennis Ruben, executive managing director of NRC Realty & Capital Advisors LLC. The ones remaining have not shown interest in selling any time soon, he said.

The pace of M&A activity this year has slowed, especially following what industry insiders agree was a busy 2021. The difference from last year may be inventory, rather than interest.

"There is not too much to buy; that's why you are not seeing much announced. There is more money chasing less deals," said Terry Monroe, president and founder of American Business Brokers & Advisors. "It still comes down to supply and demand. There is a huge demand from investors and other operators to purchase, and very little supply."

The cost of money is also keeping deals at bay, although that doesn't necessarily mean M&A prices have peaked, according to Monroe. "The demand is so great [that] everything we have for sale is either sold or under contract. My colleagues are in the same position — nobody has any inventory," he noted. "It will cycle, but not for a while."

"Acquisition of average/marginal store chains don't measure up. They could fit the bill for the private equity rollup groups, but don't for 'quality' store operators," he explained. "Marginal chains still make attractive candidates for dealer leasing and long-term fuel supply."

Private equity and public companies are slowing down, too, or at least considering a lower set of potential acquisitions until they see what the financial markets will do over the next year or so, pointed out John C. Flippen Jr., managing director of Petroleum Capital & Real Estate LLC. "Cost of capital will have an outsized effect on highly leveraged institutional companies," he said.

There is one segment of the c-store industry where M&A is still pretty active: the small operator community. And Petroleum Capital & Real Estate believes this trend will continue for the short term. According to Flippen, larger institutions typically have more sophisticated acquisition teams and more institutional investors to answer to. On the other hand, smaller operators are typically buying local and understand those markets.

"It might be a short-term advantage for the smaller buyers during this period," he said.

A number of recent deals fall in the 10-store to 50-store range, NRC's Ruben pointed out. "I think those operators have come to the conclusion that purchase price multiples have been at record highs in recent years, and interest rates are rising fairly rapidly and will continue to do so in the foreseeable future," he observed.

A Chance for Change?

With 7-Eleven once again sitting at the top of this year's Top 100, it may be hard to imagine a day when it gives up the throne. But it could happen, some industry insiders say. "It's hard to tell what the future holds, but most records are eventually broken," said Shriber.

Surpassing the store count totals of 7-Eleven and Couche-Tard "would take a monumental level of merger activity, which would require approval from the Federal Trade Commission," noted Radosevich.

However, he added that he wouldn't be surprised if store counts begin to decline somewhat as the top retailers right-size their portfolios.

"7-Eleven has critical mass that is hard to match. Newcomers like EG Group started very fast out of the gate and then slowed down. U.S. growth may not be of prime interest anymore given all the merger talk," Radosevich said. "It doesn't help having the current Washington, D.C. regime continually throwing mud on our industry. It kind of takes the wind out of the sails, so to speak."

The way Monroe sees it, 7-Eleven and Couche-Tard are so far ahead of the field that no other player can catch them. Combined, the two retailers account for 12.4 percent of the total stores operating in the U.S. convenience channel.