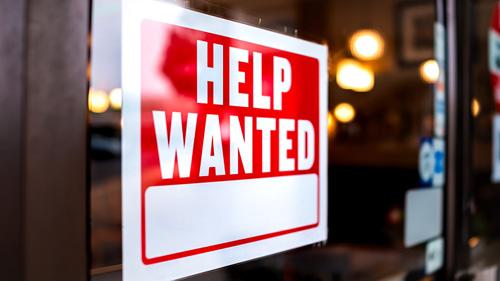 WASHINGTON, D.C. — The labor shortage is being felt all over, and the convenience industry is no different.

On June 25, Convenience Distribution Association (CDA) leadership met with officials from the U.S. Department of Labor (DOL) to talk about the industry's current labor concerns. The virtual meeting with Katherine Eyster, advisor for private sector engagement, and Josh Orton, senior policy advisor to the DOL's secretary, follows a letter the association sent to President Joe Biden on the issue, according to CDA.

"CDA members have gone above and beyond to provide safe and stable jobs in their communities, but many remain unable to fill vacancies for drivers or warehouse workers," the association stated. "The administration officials were interested to know how CDA members have fared during and since the pandemic, and what impact CDA members have seen on their workforce."

Among the topics discussed where the challenges CDA members face hiring truck drivers and the impact of the labor shortage on the supply chain. The association asked the DOL to work with the U.S. Department of Transportation on programs — like the Drive Safe Act — to train and encourage younger drivers.

According to the association, it plans to follow up with the DOL when its members have data to illustrate the impact of the end of the additional $300-per-week unemployment insurance on vacancies.

Challenges Across the Channel

Labor pains are being felt across the convenience store channel. This spring, concerns were raised that the U.S. motorists would see higher gas prices as a shortage of the tanker truck drivers who deliver fuel to gas stations. Notably, the National Tank Truck Carriers reported that between 20 percent to 25 percent of tank trucks in the fleet are parked due to a lack of qualified drivers.

NACS also reported that members are worried about what the driver shortage will mean for their deliveries, particularly as demand is already nearly back to pre-pandemic levels, as Convenience Store News previously reported.

However, this year some were sweetening the pot with incentives. For example, Baltimore-based Royal Farms offered a $500 sign-on bonus to employees at select locations and a $300 referral bonus to existing employees. In addition, Pennsylvania-based Wawa Inc. offered new hires in certain roles a $125 bonus starting April 1 and ending June 15, to be paid after their 90th day of employment.