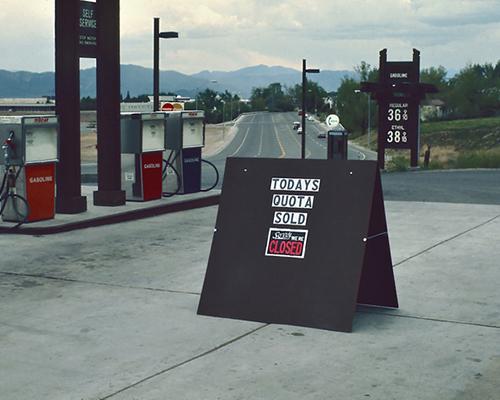 NEW YORK — Drivers who plan to get out of the house and hit the road this summer could have trouble finding gas.

The potential difficulty would come not from a lack of crude oil or gasoline but from a shortage of the tanker truck drivers who deliver fuel to gas stations, according to a CNN Business report.

Heading into the summer, industry trade group National Tank Truck Carriers (NTTC) reported that between 20 percent to 25 percent of tank trucks in the fleet are parked due to a lack of qualified drivers. At this time in 2019, just 10 percent of trucks were idle for that reason.

Drivers began leaving the business a year ago, when the COVID-19 pandemic caused gasoline demand to plummet. Some sought other work, while others opted to retire. The closing of many driver schools early in the pandemic compounded the problem, as it cut off a pipeline of new tank truck drivers.

Additionally, a federal clearinghouse that went online in January 2020 to identify drivers with prior drug or alcohol violations or failed drug tests, knocking out 40,000 to 60,000 total drivers out of the national employment pool, according to the report.

"We've been dealing with a driver shortage for a while, but the pandemic took that issue and metastasized it," said Ryan Streblow, the executive vice president of the NTTC. "It certainly has grown exponentially."

Tanker truck drivers must have special certification, which includes having a commercial driver's license, and requires weeks of training.

Typical turnover can reach 50 percent annually, but it reached approximately 70 percent in April 2020, according to Brad Fulton, director of research and analytics at Stay Metrics, a trucking recruiting and retention firm. He noted that many drivers who were hired last spring left the industry fairly quickly. Since then, the tanker company have had to raise wages to fill vacant job slots.

"I had to double my recruiting budget to get the same number of drivers," McCormick said.

NACS reported that members are worried about what the driver shortage will mean for their deliveries, particularly as demand is already nearly back to pre-pandemic levels.

"I've talked to retailers, they say there could be places where there are brief outages," said Jeff Lenard, NACS vice president of strategic industry initiatives. "If they have no fuel, they have no business. People aren't going to stop in for a sandwich if you don't have fuel."

Top vacation destinations are at highest risk of shortages and have already reported sporadic outages during the 2021 spring break period. Even just a few gas stations running dry could prompt a run on fuel as drivers make a habit of topping off their tanks regularly to avoid being caught without the ability to refill.

"Imagine the hoarding with toilet paper and topping off of gas tanks that we see after hurricanes and you can see what might happen," Tom Kloza, chief oil analyst for Oil Price Information Service, told the news outlet. "It doesn't take much — crowd behavior can provoke shortages."

Market research indicating that more vacationers plan to drive to their destination than fly could put additional stress on the system.