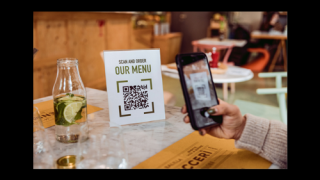 NEWTON, Mass. — Consumers used multiplatform aggregators during the COVID-19 pandemic, but, even as restaurants have reopened, the time-savings offered by these platforms remains attractive, according to the latest report in Paytronix Systems Inc.'s ongoing series "The Digital Divide: Delivery Service Aggregators and The Digital Shift."

The report highlights how ease-of-use and convenience are the top drivers when consumers make restaurant purchasing decisions. In on-premises situations, restaurants that offer digital first features, like mobile payments, will appeal to key audiences, Paytronix found.

"Convenience has a reputation for impacting consumer choice in restaurant service, but pricing influences all demographics' decision making. Pricing is not a linear concept for many consumers: surcharges and delivery fees appear to be perceived as friction during an order, but they often are overcome by advantages in convenience and user experience," Paytronix said in the report. "Generations prioritize costs differently as well. Younger consumers are willing to pay a premium to save time, while seniors and baby boomers tend to sacrifice convenience to avoid delivery fees when choosing how to purchase from restaurants."

Key findings of the report include:

Since the start of the coronavirus pandemic, 42 percent of consumers have used at least one aggregator and 15 percent have used three or more, acting as "multiplatform users." Consumers' ongoing embrace of multiplatform aggregators stems from a desire for simplicity and convenience, according to Paytronix. Even as consumers have regained access to their favorite restaurants, multiplatform aggregators still provide the kind of time-saving conveniences many consumers, especially affluent younger adults, have come to rely on.

Multiplatform aggregator users are digital savants, using available technologies, such as mobile payment and QR code menus, to save time at a rate that is nearly twice that of delivery aggregator nonusers. That means consumers often gain time when they use digital-first tools such as mobile payment apps to make purchases, and this often boosts customer loyalty, Paytronix pointed out.

Restaurants have increased their loyalty program offerings and 48 percent of consumers are using them. Table-service restaurant customers are slightly more likely to use loyalty programs than those of quick-service restaurants (45 percent and 42 percent, respectively). Consumers who perceive higher prices when dining in may respond to offers that save them money over time, the report found.

The Digital Divide: Delivery Service Aggregators and the Digital Shift is a PYMNTS and Paytronix collaboration. It is based on census-balanced surveys of 2,545 U.S. consumers conducted between Oct. 20–25, 2021, as well as an analysis of other economic data.

The full report can be downloaded here.

Newton-based Paytronix is a provider of SaaS customer experience management (CXM) solutions for restaurants and convenience stores. Through its innovative software design and integrations with more than 30 widely used point-of-sale systems, Paytronix empowers more than 500 brands across 30,000 locations.