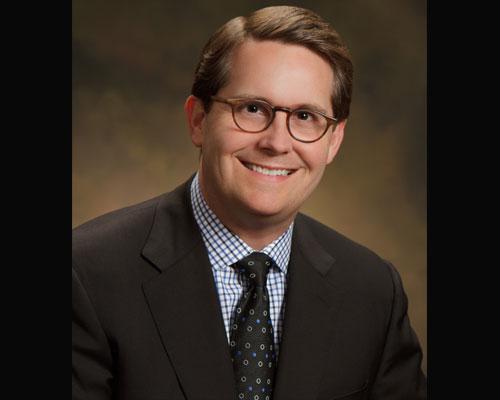 HOUSTON — Rick Altizer joined BP in January 2017. As senior vice president of fuels for BP North America, he has presided over an exciting time in the convenience store industry, and an exciting period of growth and change for BP.

In the past 20 months, BP expanded its network of stores on the West Coast, further developed its loyalty program with new partners and expanded agreements with existing partners, and launched a new digital initiative to reduce the friction of consumer payments. BP also reintroduced the Amoco brand late last year.

“We created a new channel of trade on the West Coast with the opening of 55 sites of our MSO [multi-site operator] model,” said Altizer, who was selected as this year’s Convenience Store News Fuels Leader of the Year. The award is given annually to a company or individual that shows exceptional leadership in the development and marketing of both petroleum and alternative fuels to consumers.

The development and growth of BP’s ampm franchise model is one of the company’s proudest accomplishments, according to Altizer, who added that BP for the first time in more than a decade is developing brand-new stores on the West Coast and expects to have eight new sites open by the end of this year.

BP also has 37 sites open under the relaunched Amoco brand, which disappeared more than 10 years ago. The first new Amoco stations opened in the New York metro area earlier this year.

In an industry-first move, BP launched a loyalty program partnership with United Airlines, and expanded its existing loyalty program with supermarket giant Kroger to now include Kroger banners Mariano’s in Chicago and Harris Teeter on the East Coast.

The company’s digital focus is on providing frictionless payments to its customers.

“The payment platform in the U.S., broadly speaking, hasn’t really evolved since credit card acceptance at the pump. As we roll out BPme over the next year, we’ll provide our customers with much less friction in how they pay for their gas through the BP mobile app,” said Altizer.

The BPme mobile app simplifies the purchasing experience and enriches the value that customers get from choosing BP and Amoco, he explained.

BP is looking at other ways, too, to use advanced technologies to reduce friction in the digital and store experience.

“The goal is to provide a high-quality c-store experience, so customers get all the fuel they need – from gas to Red Bulls, cigarettes or lotto tickets. Whatever fuel is for them, we want to make sure they can get it, and get in and out quickly and on their way,” said Altizer. “The frictionless experience applies not just to the forecourt, but to the store as well.”

Click below to learn more about our 2018 Fuels Leader of the Year Rick Altizer in our full report, “Giving Consumers All the Fuel They Need.”