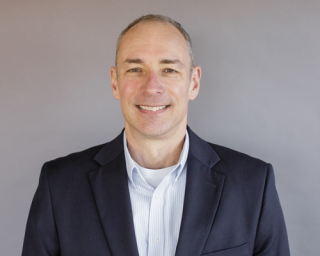 WESTBOROUGH, Mass. — Charles Jarrett joined Cumberland Farms Inc. two years ago when the Westborough-based convenience store retailer found itself in need of a technology overhaul. As the chain's senior vice president and chief information officer, he led a team that made that happen — and that's one of the reason’s he is Convenience Store News' 2018 Technology Leader of the Year.

Thinking back on his time with Cumberland Farms, Jarrett is most proud of what "The Cumberland Team" managed to accomplish in the first year of his tenure.

"Both our POS [point-of-sale] hardware and software were end of life; our legacy warehouse management system and retail accounting functions were running on a 100 percent customized mainframe platform for which support was to be unavailable after 2018," Jarrett recalled. "The Cumberland Team rallied to implement these systems in about 12 months. It was really remarkable what the various departments were able to accomplish together."

If not for the shared commitment of those around him to Cumberland Farms’ values — particularly "Succeed Together" and "Own It" — such successes wouldn’t have been possible, according to Jarrett.

The culture at Cumberland Farms is something he believes makes for a unique experience that lends itself to the impressive accomplishments he’s overseen.

"I’ve seen other organizations treat their values like window dressing; that’s not the case here at Cumberland," he said. "Across the board, the teams have been phenomenal to work with. We acknowledged, collectively, what needed to be done, and everyone worked together toward that end. No question about it."

A Smart Play With SmartPay

Cumberland Farms’ recent technology initiatives include the relaunch of its SmartPay application, which not only gives users 10 cents off every gallon of gas, but also enables them to earn credits toward free beverages, receive free offers, and join sandwich and pizza clubs.

Although the retailer’s original loyalty program app had a high rate of consumer adoption, the reviews for it were less than stellar, and the "underlying platform had become less stable and the user interface a little stale," Jarrett acknowledged. 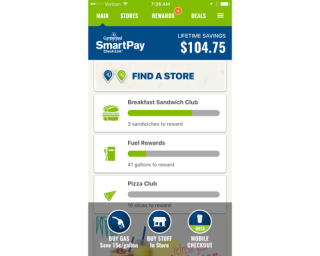 The goal is to quadruple the SmartPay active user base within five years.

Following the SmartPay app relaunch in February of this year, which included new features and benefits, Cumberland Farms customers have been more than pleased with it. As of Aug. 1, the app had a 5-star rating on iTunes with more than 4,600 reviews.

As Cumberland Farms' "de facto loyalty program," Jarrett wants to boost SmartPay's popularity even more across its customer base. The goal is to quadruple the active user base in five years. More features are also in the app's future.

"We envision making SmartPay a function within a larger app. We have a three-phase launch planned beginning this winter through spring 2019," Jarrett reported. "Some of the features will include parent/child accounts with allowances and category restrictions, mobile self-checkout — which we’re piloting in two stores today — and targeted offers."

While Jarrett is keen to keep the SmartPay app and loyalty program simple, he also wants it to provide a way for customers to meaningfully interact with the brand. One idea is to have a "commercial-quality game that our guests could engage with us through." Cumberland Farms even hosted a program in which high school students competed in a game design contest.

Click below to learn more about our 2018 Technology Leader of the Year Charles Jarrettin our full report, "Succeed Together."

Chelsea Regan is Assistant Editor of Convenience Store News. She joined the brand in 2017. Chelsea manages the backend of CSNews’ online news content and social media postings. She also is the lead reporter for technology news. Read More
Advertisement