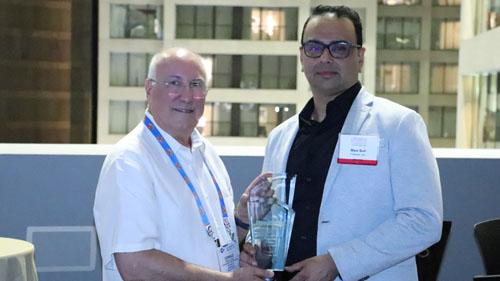 ATLANTA — Finding the next big product or category to drive store traffic and sales is top of mind for convenience store operators. However, not all store drivers can be found on the shelf, and it often falls to a retailer's technology department to identify them.

Gathering at the 2019 Convenience Store News Technology Leadership Roundtable & Awards Dinner, IT executives from across the convenience store industry discussed the hot topics facing convenience retail technology. Among them:

As head of the Savannah, Ga.-based c-store chain, Parker embraces technological innovation as he navigates the chain through a period of notable growth throughout coastal Georgia and the South Carolina Low Country. Previously honored for his commitment to technology, innovation and giving back to the community, Parker has been recognized as the Savannah Morning News Entrepreneur of the Year and as the Convenience Store News Technology Leader of the Year in 2013. 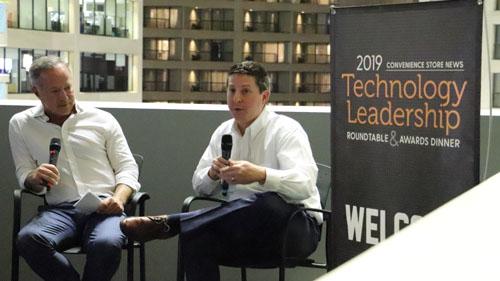 According to Parker, every department within The Parker Cos. wants a piece of innovation; it is not led by any one department, but rather by many.

This is something Jones knows well in his role as CIO. "The innovation department enters into the conversation with every department," he said. "We act as the translator between the departments and tech."

"As technology is putting itself in the middle, it helps define what we are trying to sell. It defines our needs," Jones said. "It's a role that is missing in many companies."

Parker agrees. "If you aren't moving down the path of digitalization and innovation, you are going to be out of business," he said. "If you are not focused on this, it may be too late."

One of the first steps many c-store retailers take when wading into the technology pool is to set up a loyalty program. According to Parker, the key is to make it simple. He acknowledged that his chain initially "stubbed its toe" when it came to getting information from the customer.

"The power of the data will drive the future," he said.

Looking closer at several tech initiatives, Jones noted that mobile technology has changed everything — not only as a customer-facing technology, but also as an internal application that helps the business run smoother.

"One of the most interesting things is we worked very hard to understand who our customer is, but we don't want to get too far ahead of them," he said. "How do you cater your mobile approach strategy to the customer now and where you want to lead them, without getting too far ahead of them?"

If the strategy includes a mobile app, c-store retailers need to remember that consumers' expectations change in real time, Jones explained, and thus they must meet the rate of those changing expectations.

"We work really hard at learning really fast," he said.

Technology Leader of the Year

The event also honored the c-store retailer selected by CSNews as the 2019 Technology Leader of the Year. This annual award honors an individual or company who not only contributes to the success of their organization, but also to the advancement and growth of the c-store industry as a whole. This year, the recognition went to 7-Eleven Inc.

Among the Irving, Texas-based retailer's most impressive technology moves are its 7Rewards loyalty program and app, on-demand delivery with the addition of 7NOW Pins to its 7NOW delivery app, and its new Mobile Checkout frictionless platform. Mani Suri, senior vice president, chief information officer for 7-Eleven, accepted the award on behalf of the company.

"Technology is rapidly changing. At 7-Eleven, we have changed the game the last several years," Suri said. "There is a lot of technology, a lot of excitement and a lot of opportunity in retail to move the needle."