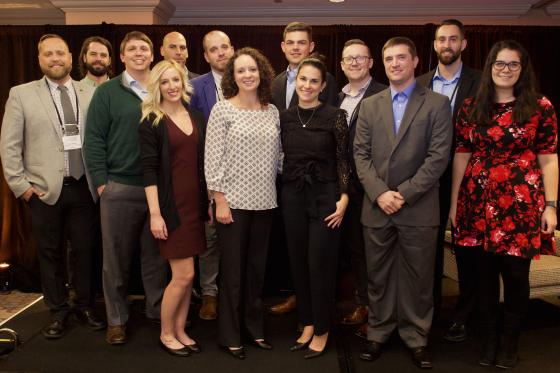 Fifteen up-and-comers in the convenience store industry were honored as Future Leaders in Convenience during the Nov. 6 awards ceremony, held at the Chicago Marriott Downtown Hotel. The goal of the Future Leaders in Convenience program is to help develop the next generation of convenience retail leaders, aged 35 or younger, by providing a forum for talented young business people to hone their leadership skills, while recognizing the achievements of a select few emerging leaders.

The honorees were nominated by their peers and chosen for the ways in which they are already significantly contributing to their companies and the convenience store industry as a whole.

Along with the awards presentation, the event featured multiple speakers who shared personal advice from their time in the c-store industry and some important lessons they learned as they became leaders.

During his opening address, Matt Domingo, senior director of external relations, trade marketing for RAI Trade Marketing Services Co., spoke about the importance of relationships. He advised this year's FLIC winners to remember that "there's meaning in relationships," and said he most admires the standout leaders he's met during his own career for what they did for others and how they led their teams, not for what they knew that he didn't. A key milestone in learning to lead is being OK with not knowing everything, he added.

Another key aspect of leadership, according to Domingo, is continual improvement. Not only should developing leaders strive to get out of their comfort zones and never stop learning, but they should also always strive for the opportunity to coach and develop others.

He also stressed the importance of building teams with diverse backgrounds and experiences, which Domingo said naturally leads to diversity of thought — something that only makes a company stronger.

Gus Olympidis, the 2019 Convenience Store News Hall of Fame retailer inductee, also shared some words of wisdom while reflecting on his time in the c-store industry. The founder, president and CEO of Valparaiso, Ind.-based Family Express Corp. spoke about embracing change.

Olympidis believes the definition of convenience itself is evolving into something new that can be summed up as: "I want it the way I want it when I want it."  This is something future leaders must take into account, he advised.

He urged this year's FLIC class not to fear trying new things that lack guaranteed results. If the goal is to never make a mistake, a company likely won't be a market leader, according to the Hall of Famer.

"You hope not to make too many or catastrophic mistakes, but they happen," Olympidis acknowledged.

Derek Gaskins, senior vice president of merchandising and procurement at Des Moines, Iowa-based Yesway, stressed the importance of authenticity. He believes that when people compartmentalize and try to be different at home vs. at work, it won't get them to where they want to go.

"It won't help you lead and inspire people," he said. "We're all human."

Instead, he encouraged the FLIC winners to look for ways to get better every day. "Feedback is a gift," he said. "Be grateful."

The event closed with an on-stage conversation and question-and-answer session between CSNews Editorial Director Longo and Karla Ahlert, vice president of finance and treasurer for Atlanta-based RaceTrac Petroleum. Ahlert was honored as a Woman of the Year in the 2017 CSNews Top Women in Convenience awards program.

She touted the benefits of finding mentors throughout your career. While she's not a fan of formal mentorship programs, Ahlert shared that she's found mentors and guides in many places. She said bosses, direct reports, work friends and peers have all helped her get to where she is today.

"You can learn from everyone," she pointed out. 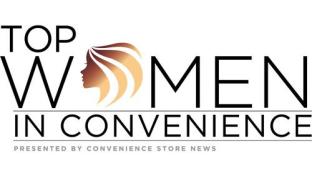