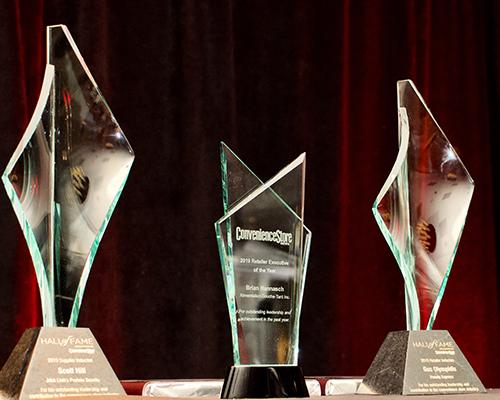 CHICAGO — Numerous industry leaders and some of the most influential people in convenience store history gathered recently to honor the newest members of the Convenience Store News Hall of Fame, as well as the 2019 CSNews Retailer Executive of the Year.

Gus Kosta Olympidis, founder, president and CEO of Family Express Corp., and Scott Hill, vice president of convenience sales for Jack Link’s Protein Snacks, were inducted into the Hall of Fame during the 33rd annual ceremony as the retailer and supplier inductees, respectively. Brian Hannasch, president and CEO of Alimentation Couche-Tard Inc., was honored as the Retailer Executive of the Year.

During the Nov. 6 gala banquet in Chicago, NACS President and CEO Hank Armour, leader of the c-store industry's largest advocacy organization, commended this year's honorees for the impact they've had over the course of their careers.

"I believe organizations gets the leaders they need at the time they need them," he said.

Jay Ricker, founder and former chairman of Ricker Oil Co., a fellow Indiana operator and the 2018 Hall of Fame retailer inductee, presented Olympidis with his award.

During his acceptance speech, Olympidis thanked 7-Eleven for his early retail education, referring to his time spent as a franchisee as "an MBA on steroids."

Rick Brindle, the 2018 Hall of Fame supplier inductee and vice president of industry development for Mondelēz International, presented the award to Hill, who reflected on his career to date during his acceptance speech.

"Life is a journey, not a destination," Hill said.

The final award of the night was presented to Hannasch. The Retailer Executive of the Year award honors an industry leader for leadership, business acumen, dedication to the industry, and commitment to community service. Hannasch, who was appointed president and CEO of Laval, Quebec-based Couche-Tard in September 2014, has overseen a period of significant growth for the company, which is now the largest company in Canada in terms of revenue and one of the largest convenience store groups in the world.

While Couche-Tard is currently experiencing very positive results, Hannasch said he keeps the industry's opportunities and challenges in perspective. "Every minute, every second, we've got good stuff happening, and we've got not so good stuff happening," he said. He also noted that the definition of convenience is changing faster than ever before.

"I think our channel is extremely important," Hannasch said. 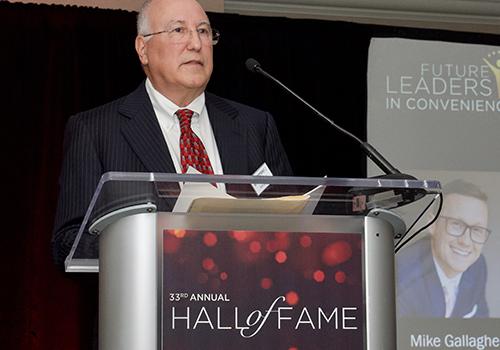 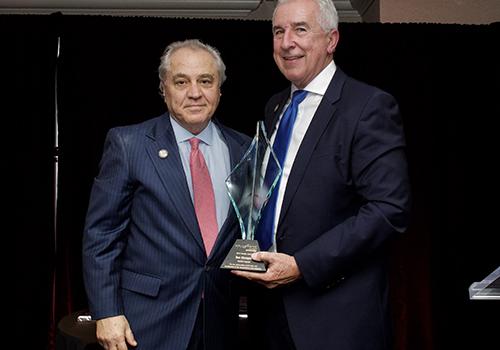 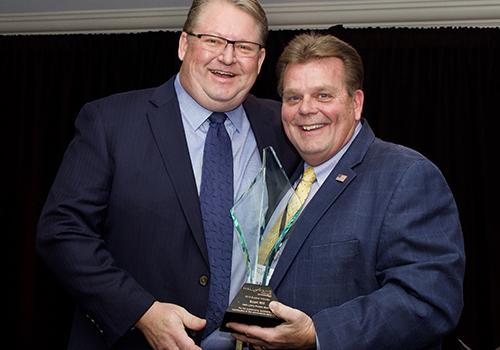 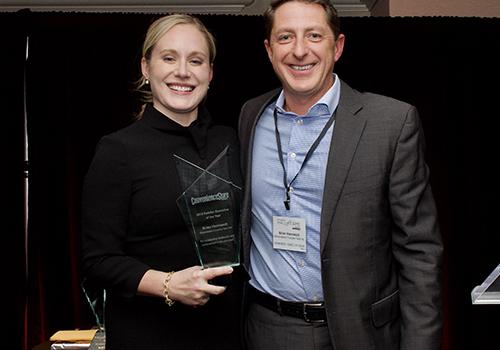 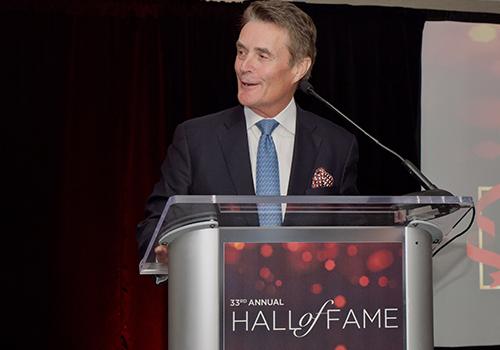 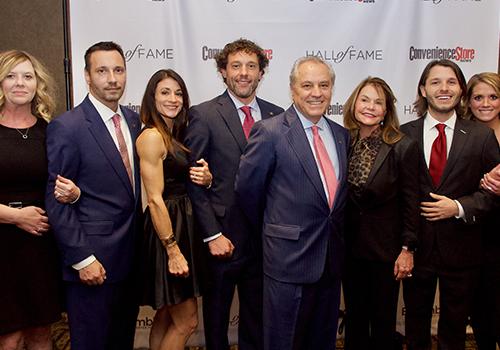 Gus Olympidis with his family 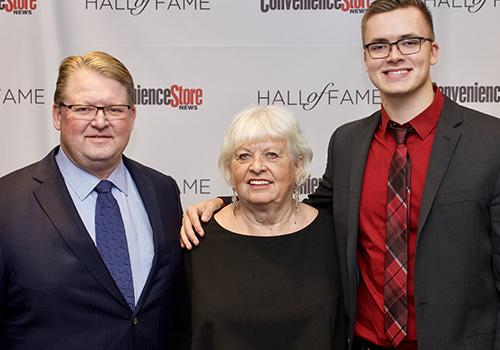 Scott Hill with his family 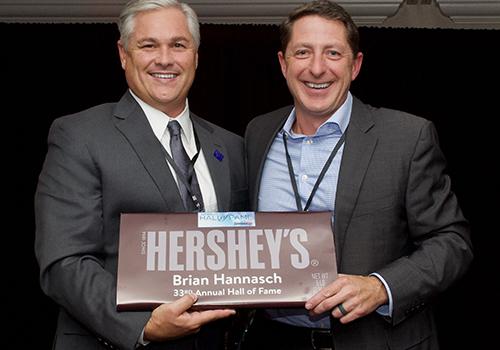 This year's Hall of Fame ceremony was made extra special by the attendance of several industry luminaries who were recently named among the 50 Most Influential People in Convenience Store History. CSNews compiled this prestigious list earlier this year in celebration of the brand's 50th anniversary.