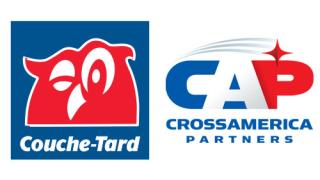 The two companies entered into the Asset Exchange Agreement in December 2018. As part of this exchange agreement, CrossAmerica will receive 192 company-operated convenience and retail fuel stores in the United States. Of the sites, 162 are fee-based and 30 are leased. The transaction is valued at $184.5 million, as Convenience Store News previously reported.

Those assets also have an aggregate value of approximately $184.5 million.

In this first transaction, Couche-Tard transferred to CrossAmerica 60 (52 fee and eight leased) U.S. company-operated convenience and fuel retail stores having an aggregate value of approximately $58.1 million.

In exchange, CrossAmerica transferred to Couche-Tard assets having an aggregate value of approximately $58.3 million. These assets include all 17 of the Upper Midwest properties and the real property for eight master-lease properties, according to the two companies.

Before the completion of the first tranche, Couche-Tard struck dealer agreements for Circle K c-stores transferred to CrossAmerica. The pacts included leases and fuel supply agreements with independent dealers who will lease and operate the stores.

These agreements were assigned to CrossAmerica as part of the exchange.

Under a Sub-Jobber Agreement, Couche-Tard will supply fuel to CrossAmerica for resale to the dealers at those 60 stores after the exchange. The terms of that agreement were unanimously approved by the independent Conflicts Committee of the board of CrossAmerica's general partner in December.

When the two companies first agreed to the asset swap, they expected the exchange to take place through a series of tranches over 24 months. However, the two now anticipate completing the transactions by the end of the first quarter of calendar year 2020.

"We are very pleased with the process we have established to make this a smooth and fast transition. We have identified very strong operators to maximize the potential of the sites we are taking over from Circle K and have a strong pipeline for the remaining 132 sites," said Gerardo Valencia, CEO and President of CrossAmerica.

Couche-Tard secured the No. 3 spot on the 2019 Convenience Store News Top 20 Growth Chains ranking by adding the most stores between January 2018 and January 2019.

Allentown, Pa.-based CrossAmerica Partners is a wholesale distributor of motor fuels, and owner and lessor of real estate used in the retail distribution of motor fuels.  Formed in 2012, it is a distributor of branded and unbranded petroleum for motor vehicles in the U.S. and distributes fuel to more than 1,200 locations and owns or leases approximately 900 sites. With a geographic footprint covering 31 states, it has well-established relationships with several major oil brands, including ExxonMobil, BP, Shell, Chevron, Sunoco, Valero, Gulf, Citgo, Marathon and Phillips 66.