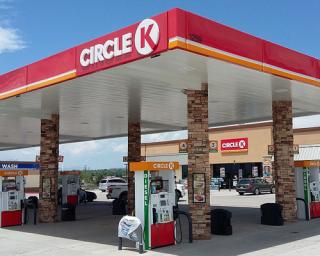 During a call detailing the agreement on Dec. 17, CrossAmerica's President and CEO Gerardo Valencia called the exchange a first step toward the Allentown-based company's goal of simplifying the business and capital streams.

"We are very excited about this initial transaction with our general partner," he added.

As part of this exchange agreement, CrossAmerica will receive 192 company-operated convenience and retail fuel stores in the United States. Of the sites, 162 are fee-based and 30 are leased. The transaction is valued at $184.5 million.

"Once the dealerization process is complete, we expect that these sites will generate approximately 163 million gallons on an annual basis," Valencia explained.

For its part, Circle K will receive the real estate property for 56 U.S. company-operated convenience and retail fuel stores currently leased and operated by Couche-Tard/Circle K.

The fuel supply agreement to these sites — which are part of CrossAmerica's wholesale segment — will remain unchanged, according to Valencia.

As the chief executive explained, the 17 convenience stores are a diverse group of sites, including Holiday Stationstore c-stores and other brands.

"We looked at the portfolio of all of the sites that currently CrossAmerica owns and operates in that area and we looked at the ones that were the best fit for a convenience retail strategy like the one that Circle K has so that they can definitely identify the best way to capture value from those sites," he said.

"While we expect these asset exchanges to be moved in tranches over no more than a 24-month period, we're working diligently to get our first transaction completed in the first half of calendar 2019," Valencia said.

The asset-exchange agreement was approved by the CrossAmerica board of directors following the approval of the transaction terms by its independent conflicts committee.

"After a thorough review with our general partner and our board, we reached the conclusion that this exchange plan made the most sense for both parties," Valencia said. "We will transitioning the sites over the CrossAmerica in various tranches as we secure dealers to operate the sites."

A CrossAmerica team is already in the process of vetting multiple potential operators.

"If there has been any silver lining to the time it has taken us to complete this transaction, it is that we have been preparing to make sure that we line up the right operators to manage these sites," Valencia noted.

Following the completion of all of these transactions, CrossAmerica expects to see a net-benefit of $6 million to $7 million in annual EBITDA.

And, as Valencia explained, the companies expect these exchanges to be beneficial to both CrossAmerica and Couche-Tard/Circle K.

"These will expand CrossAmerica's wholesale footprint and generate additional cash flow," he said. "And for Couche-Tard/Circle K, it will fold the 17 upper Midwest sites into the retail network and eliminate the rent expenses associated the 56 master-leased properties."

Other benefits, according to Valencia, include:

"We believe this transaction will be beneficial to both parties. The transfer of Couche-Tard's retail stores to CrossAmerica will help optimize the long-term value of these assets, further strengthens Couche-Tard's core retail business and is a win-win for both sets of stakeholders," Brian Hannasch, president and CEO of Couche-Tard, said in a statement.

CrossAmerica Partners LP is a wholesale distributor of motor fuels and owner and lessor of real estate used in the retail distribution of motor fuels. Its general partner, CrossAmerica GP LLC, is a wholly owned subsidiary of Alimentation Couche-Tard Inc. Formed in 2012, CrossAmerica is a distributor of branded and unbranded petroleum for motor vehicles in the U.S. and distributes fuel to approximately 1,300 locations and owns or leases approximately 900 sites. Its geographic footprint covers 31 states.