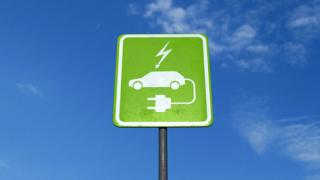 LAVAL, Quebec — As the future of mobility evolves, so too does Alimentation Couche-Tard Inc. The global retailer is continuing to expand its network of electric vehicle (EV) charging stations in Europe to meet consumers' changing mobility needs.

To date, the Laval-based convenience store operator has opened nearly 150 EV charging stations at its Circle K locations in Europe. The plan is to top more than 200 stations by the end of this fiscal year, President and CEO Brian Hannasch said during Couche-Tard's fourth-quarter fiscal year 2019 earnings call, held July 10.

At these Circle K locations, Couche-Tard has redesigned the food offering and store layouts in order to drive more customers into the store and encourage larger basket purchases while customers are waiting for their EV charging to be completed.

"Small locations have a handful of speed chargers, while we also have opened the first Circle K highway locations with large charge parks offering up to 20 and 30 speed chargers at the same locations," Hannasch reported.

Since at least last year, Couche-Tard has been testing the new mobility offering in Europe. It also designated Norway as a laboratory for testing different approaches to the changing fuels market, as Convenience Store News previously reported.

As of April 28, Couche-Tard's network in North America comprised 9,866 convenience stores, including 8,629 stores with fuel. Its North American network consists of 19 business units, including 15 in the United States covering 48 states and four in Canada covering all 10 provinces. In addition, through CrossAmerica Partners LP, Couche-Tard supplies road transportation fuel under various brands to approximately 1,300 locations in the U.S.